Featherstone, Tennant and Higgs - Another Discovery and a Very Special WIP

As our nation's representatives in Congress prepare to vote a second time to impeach, I thought I would take some comfort in my hobby that has brought so much joy to me, and hopefully share a little joy with my readers.  Last month I received a package from Dick Tennant, which was the culmination of his lifetime of devotion to the hobby.  Amongst the items I received were these little gems.  Dick had reached out to me over a year ago asking if I wanted them and I had arranged for them to go to the home of a dear friend, Terry Webb.  As I found out more about the figures, I felt they were just to integral to the collection to break them apart from the whole, so with Terry's kind permission they have remained with me. 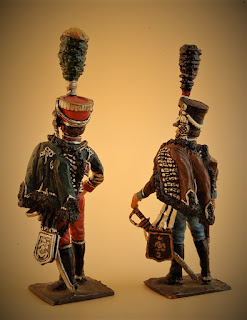 After posting a story about the Tennant Collection I received a comment from Mark, over at the Man of TIN blog ( https://manoftinblog.wordpress.com/2020/12/22/richard-tennant-and-donald-featherstones-incomplete-wargaming/ ), regarding some additional connection showing the collaborative nature of the relationship between Tennant and Featherstone.  Below is an image from Featherstone's Complete Wargaming,with some of Dick Tennant's collection.  Mark's copy of the book is signed by Donald Featherstone and Inscribed to Dick Tennant!

And Now for Something Completely Different!

Below is a special Christmas present from my daughter to accompany last years gift of an anthology of the works of Robert E. Howard and his Conan stories.

As a parting shot I will link to the video just released by Schwarzenegger trying to digest and move past the events at the capital last week, featuring the Conan sword as a metaphor for American democracy - a sword must be tempered repeatedly to make it strong and resilient, and our democracy has certainly undergone a lot of that over the last four years.  I have faith we will emerge the stronger for it. 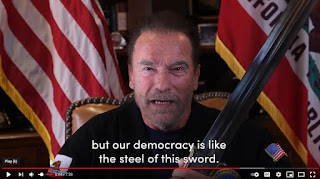 To kick off the new year I thought I would do a long promised comparison of artillery models.  Thanks to fellow enthusiast "Goya" for providing the scaled down measurements of actual British artillery pieces.  If you have other metal 1/72 scale makes and feel inclined to measure them, send me the measurements and I will add them to the file for reference.  Below is a sampling of artillery pieces in my collection that shows the wide variety of what is interpreted as 1/72 scale.

A New Colonel for the Legione Hanovrienne 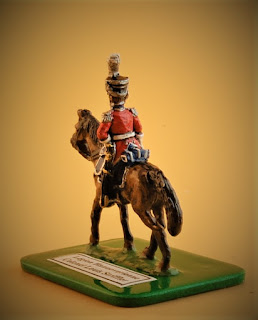 55 years from Start to Finish - The Tennant Collection Completed!

This week I was privileged to receive a package all the way from the UK from Richard Tennant.  Over the last year he has been working to finish the last two battalions of his planned British and French Peninsular War armies of 1812-13.  Inside were a few other surprises as well!  55 years from the genesis of this project, Mr. Tennant has brought it to completion.  These were the final additions he had planned.  To see more about the collection, you can read about it and Mr. Tennant's extraordinary link to the wargaming hobby here:
https://miniatureminions.blogspot.com/2019/05/the-richard-tennant-collection.html 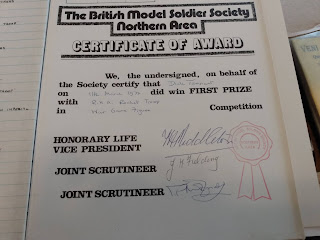 All of the contents are packed away under the Christmas tree for now, awaiting Christmas morning when I will unwrap all of the contents and examine them more closely as I prepare them for display.  In the meantime Mr. Tennant was kind enough to share some photos of the Hinton Hunt Spanish Battalions.  As usual his brushwork is just superb! 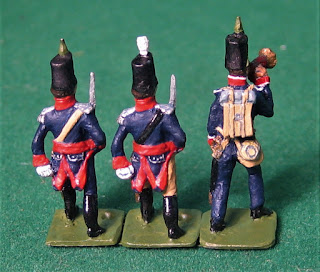 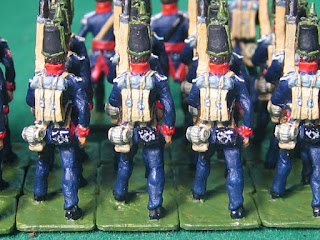 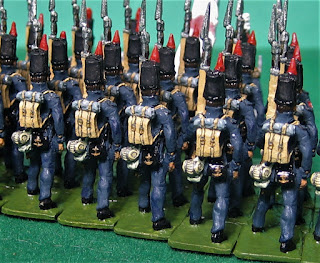 Below are the army organizational charts.  While not specifically aligned to any one corps or battle, they contain recognizable and distinctive groupings characteristic of the French and British armies in the 1812-1813 period.


Mr Tennant was kind enough to include a summary of his efforts and influences towards the completion of this project, as well as other military history related endeavors over the course of his life:

Early influences
As a lad, I grew up in Southampton and had always been keen on toy soldiers. In
1963, when I was 19, I went along to the first National Wargames Convention at the
Cotswold Hotel, Southampton and ‘discovered’ the world of wargaming. Not only
that, but also realized that my hometown was a haven for the hobby. I bought Tackle
Model Soldiers This Way and managed to join the group run by the legendary Don
Featherstone. Through this local wargames club I also came to know such notables as
Neville Dickenson, Tony Bath, and Peter Gilder.
In 1969 we moved north to near Stockport. At the Manchester Model Soldier Society,
run by Harry Middleton, I came to meet Frank Hinchliffe and visited him several
times over in Meltham, Yorkshire.
Like everyone else at that time, I started with Hinton Hunt figures together with a few
early Miniature Figurines. I had met Marcus Hinton at a wargames convention in
1966 and started buying his figures. In this last year I have been painting my last
allied Spanish brigade. When they are finished, I will have created about 2,800
figures representing both an Anglo/Portuguese/Spanish Army and a French & Allied
Army of around 1812/13. Over the years they have won various painting
competitions at wargames conventions. In 2019 the collection was bought by a
collector in the USA.

Military History
I have continued to broaden my interest, concentrating on what is broadly described
as The Napoleonic Wars. I have accumulated a collection of period drill manuals,
diaries, histories and maps, besides more recent books covering the period. I have just
disposed of this library of around 570 books.
I also collected some medals, as well as a few representative pieces of muskets and
swords, from my period of interest.

Back in 1976 David Chandler and Peter Duffy started the British Commission for
Military History. They invited their fellow-wargamer, Don Featherstone, to be a
founder-member and bring along some of his contacts to swell the numbers. In 1977 I
became one of the 43 original members.

After my return to the UK in 2002 it was possible to participate more actively in
BCMH affairs. In 2006 I became the Honorary Treasurer during the ‘Richard Holmes
Years’, a position I held until 2013.
I attended the 2005 international congress of the International Commission for
Military History in Madrid and in 2009 headed the BCMH delegation to the
international congress in Oporto. In 2012 I ran the bicentennial battlefield tour of the
BCMH to Spain and Portugal.
In 2019 I was made an Honorary Life Member of the BCMH.

My wife and I have made extensive tours to the Peninsular War battlefields of
Portugal, Spain & Southern France, as well as a series in central Europe ( Austria,
Czechia, Southern Germany / Saxony and Poland ). These have been illustrated on
CD-ROM’s. Many of the photographs have been used by professional historians to
illustrate their books.

In 2008 I became a board member of the Peninsular War 200 organization, the
official British body to commemorate the campaigns of the period 2008-14 in
Portugal, Spain and the south of France. This was headed by General Sir Nick Parker.

I managed to have my first article published in Tradition magazine in 1971. In 1973 a
three chapter article was published in Military Modelling magazine. The Journal of
the Napoleonic Association published a four chapter article in 1989.
From 2005 I was a regular contributor in the bi-monthly magazine First Empire. My
articles are currently in the process of being included on the website The Napoleon
Series.
I have presented papers at the Wellington Congress and the Defense Surveyors’
Association Annual Seminar.

Having completed a study into the songs and music of Wellington’s Regiments, this
was complimented by the release of a CD Music of the Allies – from the Peninsula to
Waterloo, recorded on historic musical instruments, released by the Bate Collection
at Oxford University.

In 2009 I was recruited by Lt General Sir Christopher Wallace to be a Trustee of the
Royal Green Jackets (Rifles) Museum in Winchester. This included being made an
Honorary Member of the regiment, awarded by the Colonel Commandant, General
Sir Nick Parker.

To mark the bicentenary of Waterloo we commissioned a £400,000 exhibition to
remodel some of the galleries, including the intricate restoration of the 25 square
metre diorama of the battlefield. The new galleries were opened by the Duke of
Wellington on 25th March 2015.

Since the death of Don Featherstone in 2013 I have been the President of the Wessex
Military Society, which he founded in 1975.

The article in Military Modelling referenced above titled the Rocketmen of 1814 can be seen here:

I am extraordinarily privileged to be the caretaker of this magnificent collection, but it was never my intention to let it be a static display item, nor do I consider myself a collector, but rather an active hobbyist and figure painter.  I have already begun the expansion of the collection, adding a few figures here and there to existing units, and new battalions that will incorporate the core of this collection into an expansion that includes the forces of Napoleon that invaded Russia in 1812.  To that end I will be adding the French Imperial Garde, elements of the Bavarian and Duchy of Warsaw formations, and of course, the Russians!  So much joy to be had and work yet to be done.