Hanoverian Flags of the Hoya Regiment 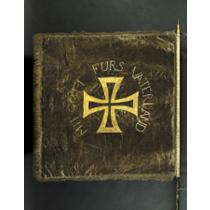 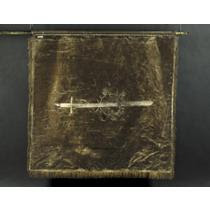 These are the pictures I was able to find of the actual flags carried by the Hoya Battalion at the battle of waterloo. For a discussion of how they were found and for more links see the TMP link:
http://theminiaturespage.com/boards/msg.mv?id=148925
Posted by David at 6:39 AM No comments:

This summer's project, which was finished just in the nick of time, was to get the last of my aged Napoleonic figures spruced up and rebased before starting graduate school. I made it with two days to spare. These are all twenty-five year old figures that I had painted in my teens that were in desperate need of an upgrade. I was too lazy to strip them, so in most cases I just piled on more paint and tried to make do. My goal here was to achieve a good wargames standard that would not look too out of place with my newer figures. 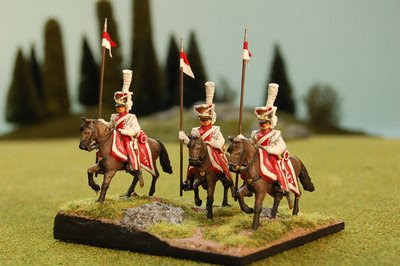 Here we have some Minifigs painted as the Lancers de Berg. I did take the time to strip the actual riders, as previously they had been painted as the Dutch "Red" Lancers and I was afraid the white would not cover the red very well. 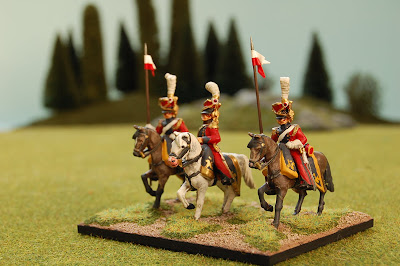 Here are the aforementioned Dutch Lancers. I did a pretty cursory repaint of these, mostly just tidying them up a bit and adding a bit of highlighting. This is two elements of Minifigs based as a regiment of line infantry per element. The Grenadiers have all been removed to form a reserve and the Voltigeurs have fallen back from their skirmish duties to rejoin the line. Though I didn't strip these, I really could have as almost every surface was repainted. 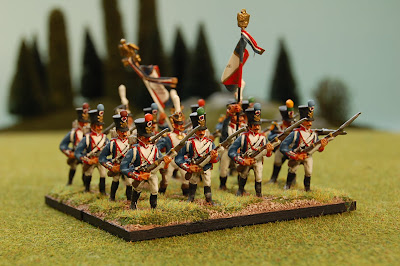 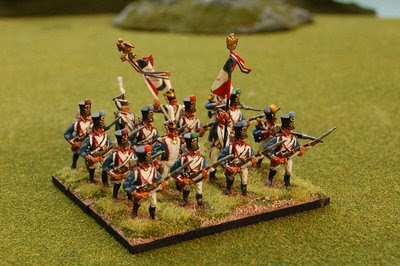 Two elements of line Infantry, this time from Hinchliffe miniatures. I really should have stripped these as I discovered that I had done a really poor job of trimming flash from these. I muddled through and either trimmed as I went or tried too minimize any flash with dark paint. These were some of the first figures I ever purchased. I found them in a hobby shop in Oxford England, when I was living there for a year back in the late 70's. 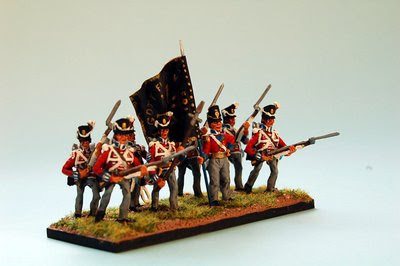 These are more figures from the same shop, though the standard bearer is an Essex addition that I recently purchesed. I would have preferred a Hinchliffe standard bearer, but the Essex was readily available. Here we have the Hoya regiment from Hanover as they appeared at the battle of Waterloo. I had a devil of a time researching the flag, but eventually succeded in finding photos of the original flag from a Sotheby's auction thanks to a helpful lead from the museum curator in Hanover. 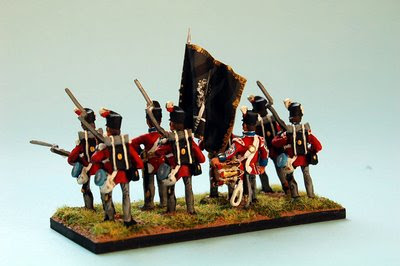 You can see the back of the flag here. I was surprised to find that the pictures of the original flag differed considerably from its representation in the Osprey book on Napoleonic Flags, which showed the wreath almost totally surrounding the sword. In actuality the wreath was quite small and almost formed a double loop. 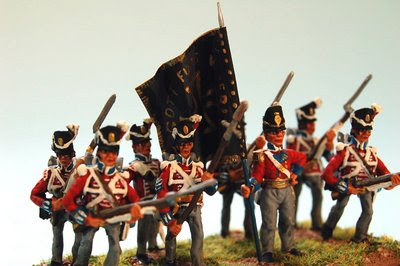 I tried to get a better shot of the front of the flag, but the folds make it difficult to see. It is a gold outlined cross with the motto: "FURS GOTT UND VATERLAND" forming a loop around it. 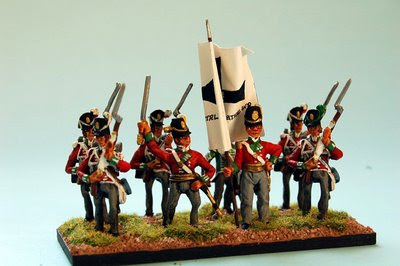 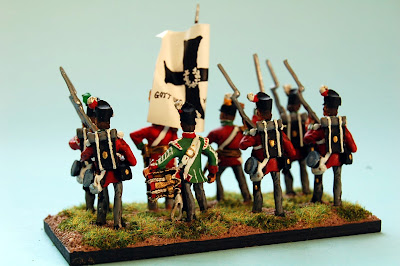 This is an element representing the Feld Battalion Verden with uniform details taken from Haythornthwaite's book on Waterloo. I encountered a great many conflicting sources on what this uniform looked like, so eventually I just had to pick one that I thought was the most trustworthy. The flag is a fabrication, as their is no record of what flag they carried. I used the coat of arms of the city of Verden as a basis for the flag.