Before embarking on a description of my project for the new year, I think it only appropriate to show some finished pictures of the French pontoon train, masterfully painted by Richard Tennant and lovingly restored by myself.  Of course there is no reason to build a pontoon bridge if you don't have troops to cross it, so I am pleased to add the second battalion of the 39th Line Infantry Regiment ready for action! 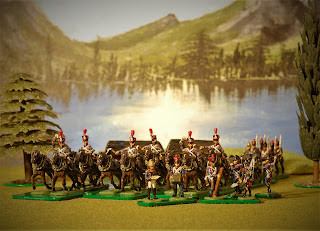 Many thanks to my daughter who spent four hours watching Bob Ross and recreating one of his landscapes on canvas.  It amazes me what she was able to do in that time!  Equally impressive is how well it works as a backdrop for the miniatures! 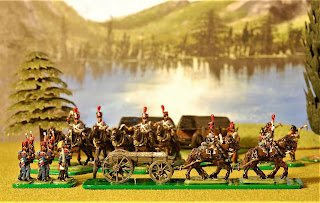 The pontoon train consists of a 3 wagons; one for tools and hardware, and the others for the lumber and the pontoons themselves. 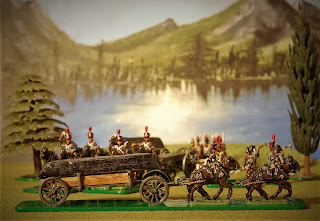 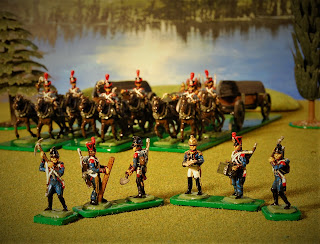 As usual, Dick painted a company in march formation and one deployed for construction. 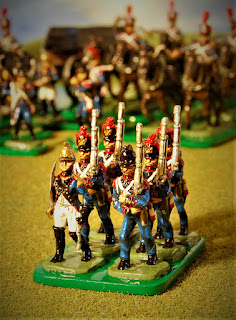 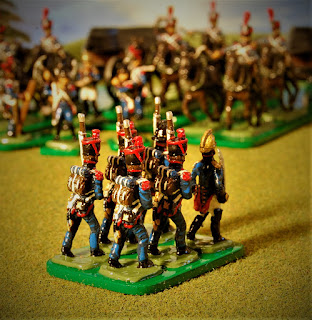 I always think my highlighting looks a little heavy handed in these pictures, but at actual size it reads very well and appears much more subtle.

Ever since seeing the description of the L'orde Mixte formation in the Airfix guide I have longed to recreate it in miniature.  With the 39th Regiment complete I can finally do so. 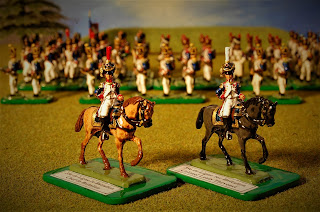 Here we have the regimental Colonel, Louis Thevenet, and his subordinate, the Chef de Battalion of the 2nd battalion.  These are lovely figures from Franznap that I ordered to fill out the leadership of the regiment.  I was very pleased that my painting of these seems up to the standards set by Mr. Tennant. 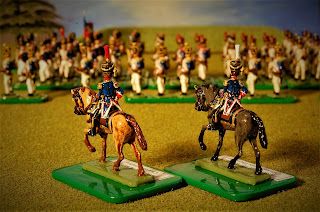 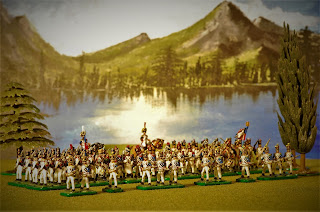 Here the 39th descends from the foothills of the Pyrenees Mountains ready to do battle! 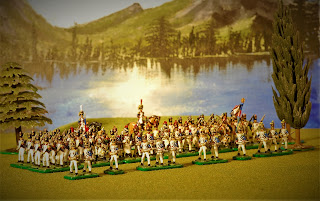 General de Brigade Chemina, as yet unpainted, has climbed a small hill to get a better view of his magnificent troops. 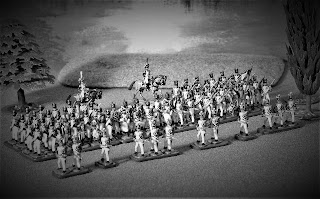 Suddenly the way back machine ala Wellington Man, gives the troops the appearance of having stepped out of the pages of Bruce Quarie's Airfix Guide to Napoleonic Wargaming, which is only too appropriate since these are the very same figures that were featured in that guide more than 40 years ago! 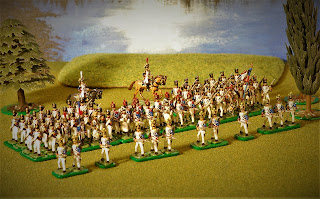 And back to the technicolor present. 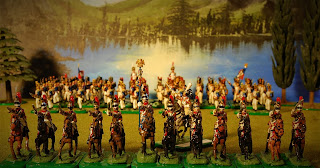 I don't think I have shown off the 13th Cuirassiers since they replaced the tattered blue of their uniform coats with locally obtained cloth of Spanish brown. 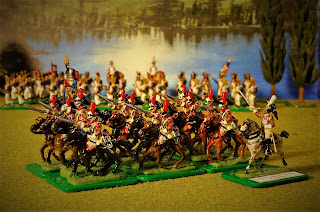 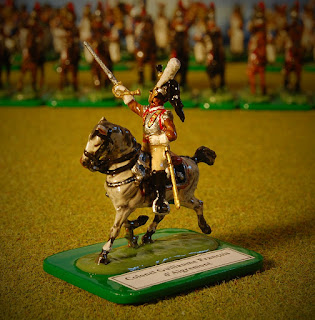 It is hard enough to find troopers in these vintage figure lines, not to mention Colonels.  For Colonel d'Aigremont, I have actually used a figure from the the plastic set by Zvezda.  While I much prefer the feel of metal figures, I was quite pleased wit the quality of the sculpting, and of the casting of the Zvezda figures.  I am actually considering incorporating some of their Old Guard Grenadier figures into the that illustrious battalion when it hits the painting table. 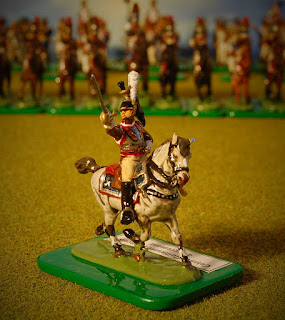 You have to love the animated pose of the figure! 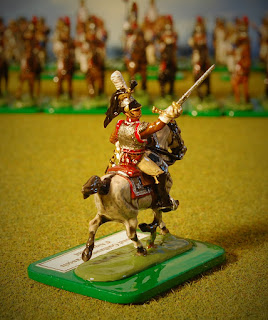 And the nicely proportioned sword!

Next post will feature some British at long last, as the French have all of the necessary troops ready for the battle of Rolica.  I will be substituting Bavarians for the Swiss and will of course feature different battalions than those actually present, but the basic troop types are now well represented and ready for combat.  Below is the OOB taken from the Napoleon series:


The French force consisted of about 4,350 men:

Up Next, the 71st Highland Light Infantry will be going through its paces while I also work to bring the 17th Ligne and Fuslier-Chasseurs up to strength given the gigantic battalions Mr. Tennant created! 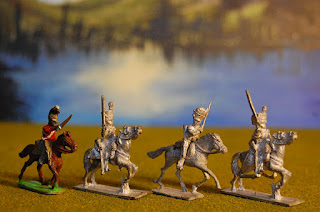 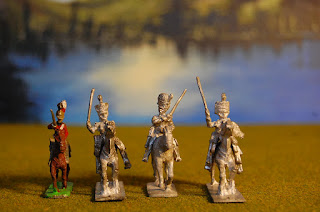 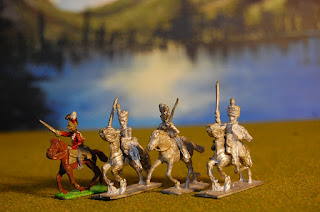