For the HotT iteration of the Picts, I decided morphing psiloi into shooters would be appropriate, and to tie them in to the theme of the historical army, I have based them in a similar style with streams and rocky ground. 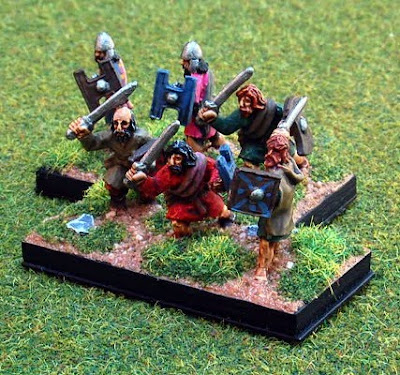 Additional elements of Warband just to give the army a touch of that fanatic zeal of the Picts. 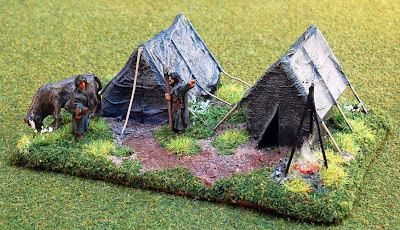 This is an old camp that I revamped for the Picts. I had intended to make a Brooch camp, but maybe at a later date. 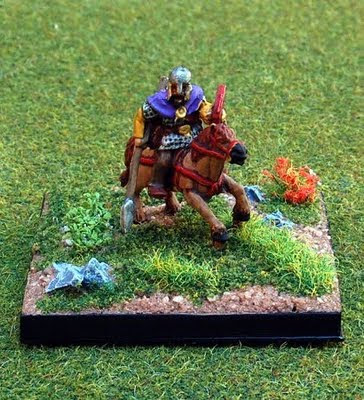 The hero element. He was the only one in the army well travelled enough to get a full sized non shaggy horse. 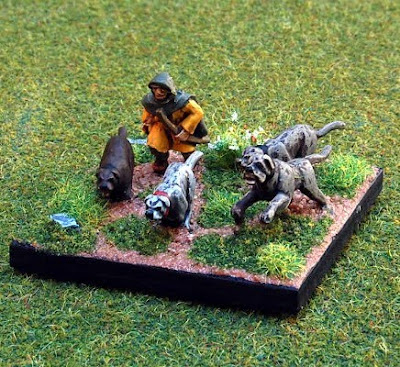 Hunting dogs will play as a beast element. 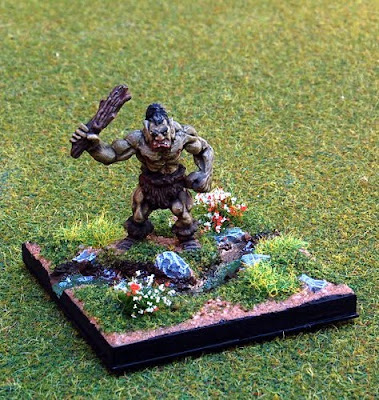 A Grendel type monster for a Behemoth. Thanks to Terry Webb for this figure. Hope he doesn't tromp on all the flowers, or eat them! 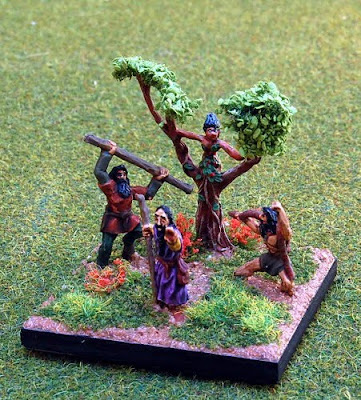 This is my favorite element. A splintered light Dryad is the focus of the efforts of three druids as they call upon her power to cast a spell. The Dryad is a marvelous casting which I flocked with fiber floss to give a base for some coarse ground cover and leaves. The leaves are a Noch model railroading product. 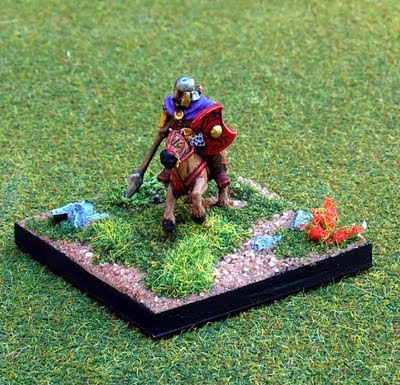 Of course being a hero, he demands extra face time, so here is one more picture.
Posted by David at 6:17 AM 5 comments: