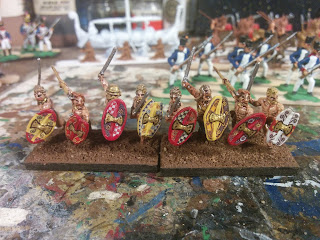 Getting close to putting the finishing touches on these elements of Gallic mercenaries serving with my Roman army.  These are the last elements that will make up an all options DBA Marion Roman army that has been a very long time coming.  In the spirit of never completing a project though, it seems to me I could easily add a few more legions and have all I would need for a nice Roman civil war! 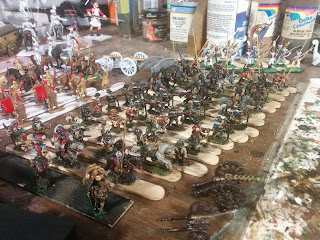 This is a painted English Civil War army that I picked up on the cheap at Nashcon this summer.  I'm re-basing and replacing old "spaghetti" lance made of soft lead with wire pikes.  I'm also touching up the painting and giving the figures a quick wash, which will be followed by a cursory highlighting.  The figures are from a variety of manufacturers, and though not a high end selection of figures or painting, should make a quick and easy opponent for my New Model army. 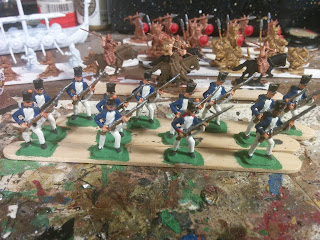 Not a lot of progress on the 17th regiment of the line, but any progress at all is always a good thing.  Their painted brethren are clamoring for support, so I'll get these to the top of the queue before too long. 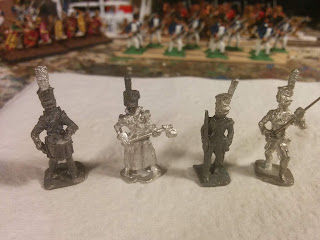 These chaps were a major source of distraction over the last couple of weeks.  They will be the next French infantry battalion to be painted, the Middle Guard Grenadiers.  Here we have the command figures: First is a DK 24 artillerist converted to a drummer, next is a recast of a Hinton Hunt Old Guard sapper (cast by the esteemed Jon Cunningham), with a head swap from a DK 16, then a DK 7 officer with yet another head swap from a DK16 that was surplus to my needs and with a broken bayonet, and finally a DK 168 Italian I think, being converted to a standard bearer.  I may keep the backpack and think of him as a fusilier stepping in to keep the colors held high. 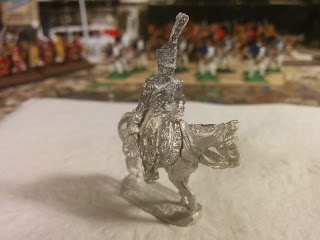 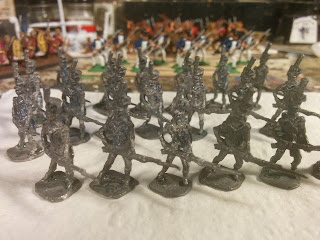 Finally we have the Grenadiers - DK 16 which are supposed to be chasseurs of the Middle Guard, but to my knowledge the only real distinction in the sculpting would be the chevron shaped cuffs, which you can't really see anyway.  Nothing a little paint won't fix.  These guys were heavily painted and required quite a bit of effort to strip. 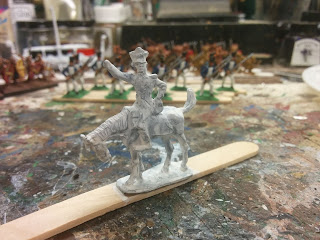 Lastly, I could use a little help with this fellow.  I am guessing a Jack Scruby French command figure, but would love confirmation from the experts.  I was thinking I might choose him to represent Colonel Louis Vasserot, who served with the 17th from 1809 until 1813, having led them during the Russian campaign where he was wounded.

Our yearly convention in Nashville, Nashcon, was last weekend and I ran a game using my favorite Napoleonic rule set which is loosely based on DBA and is fast and easy.  Its available and described here:  http://www.dbnwargaming.co.uk/   I'm using a hodge podge of 28's from the very first figures I ever purchased, Hinchliffe Miniatures, through the ages from Minifigs, to Foundry, to Front Rank to Perry (So far the Perrys are my favorite!).  So apologies to you shiny old school players, I brought out the collection and off we went.  Somewhere in Spain the battle ensues.  I'll let the photos speak for themselves, but it was a well balanced battle with the French pulling out a narrow victory in the end. 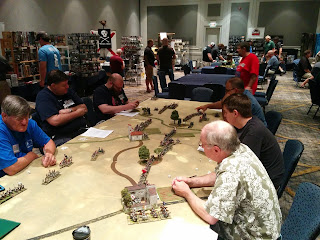 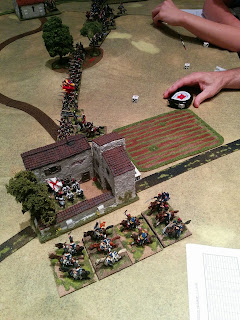 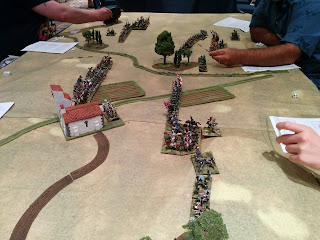 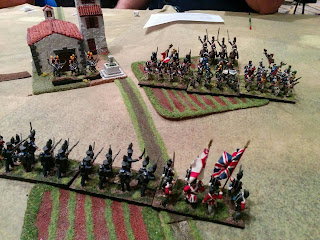 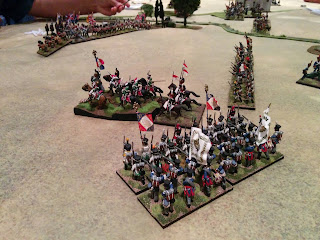 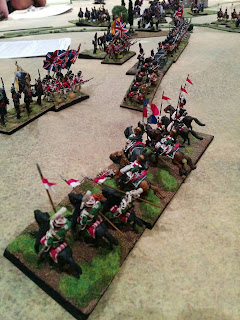 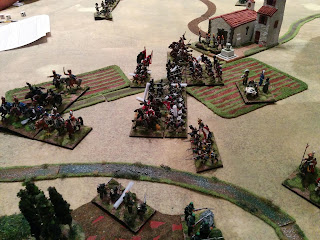 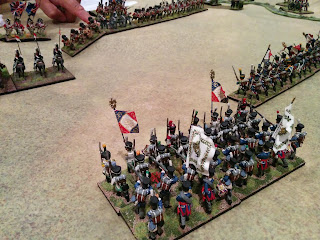 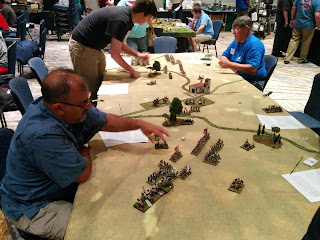