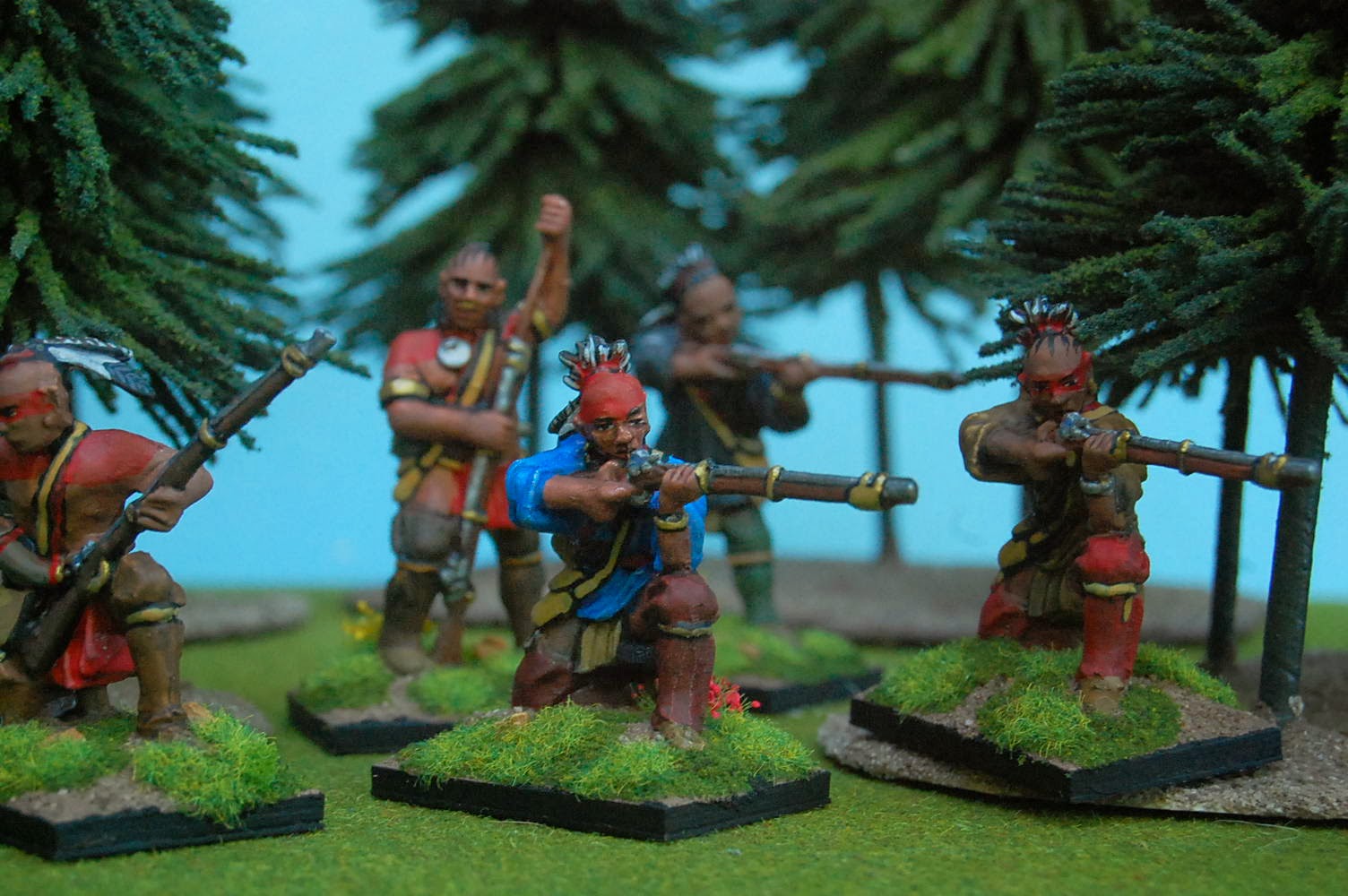 Here are some shots of Plastic American Indians based on some John Jenkins designs figures.  I got these from All the Kings Men, and though the poses are interesting, there was a lot of flash and undercuts that had to be trimmed away and the type of plastic used was particularly unforgiving.  The figures are also a tad bigger and a lot beefier than typical 54mm sculpts.  I think if I had to do it again I would consider the other brand of AWI Indians that they sell.  54mm is difficult enough to paint, and I must say I found the additional challenge of painting plastic figures quite difficult and am only moderately pleased with the result.  By the end, I was mostly just trying to get them finished and off my painting table.  They'll work well in a game, but no painting awards for these! 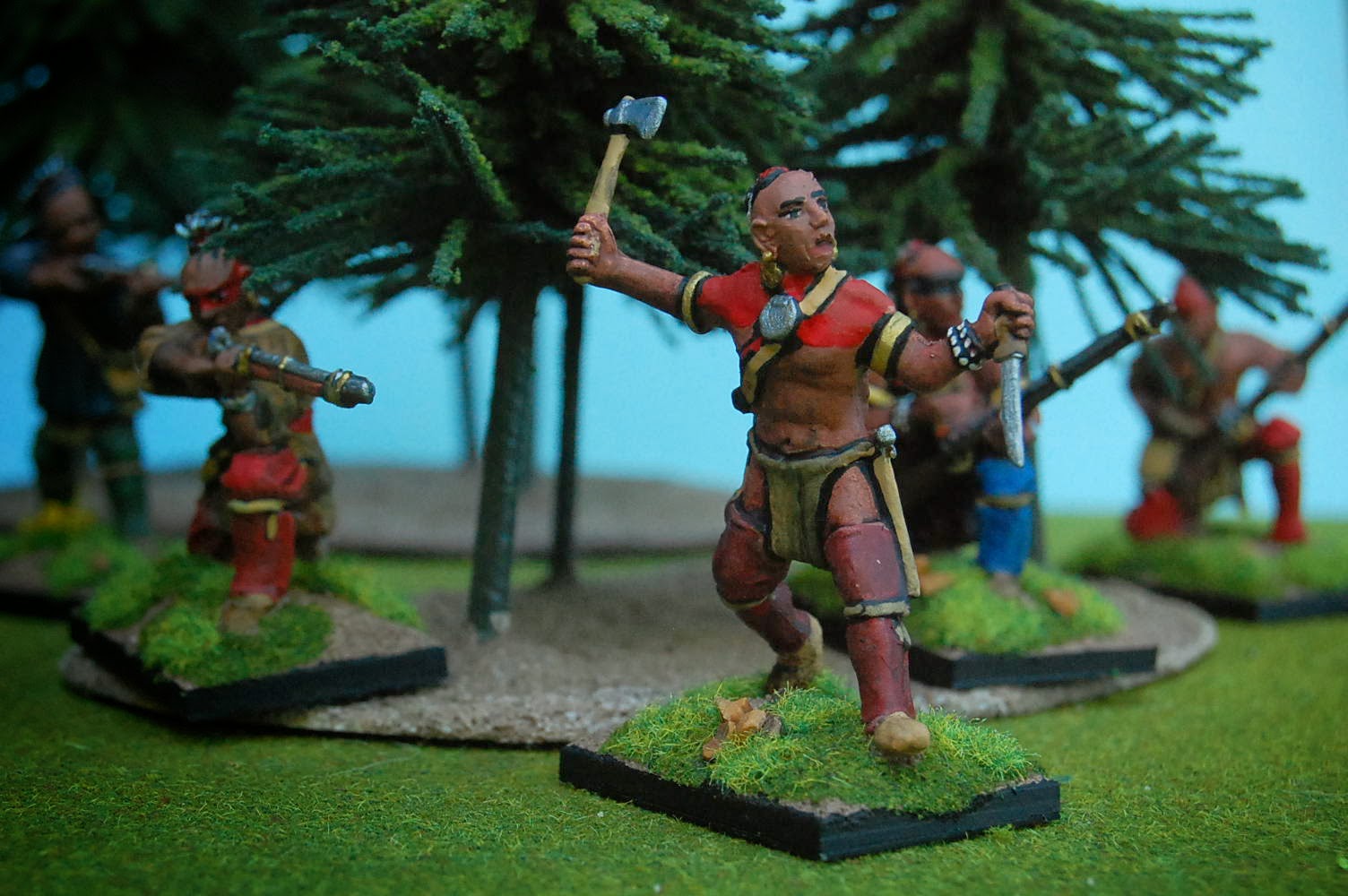 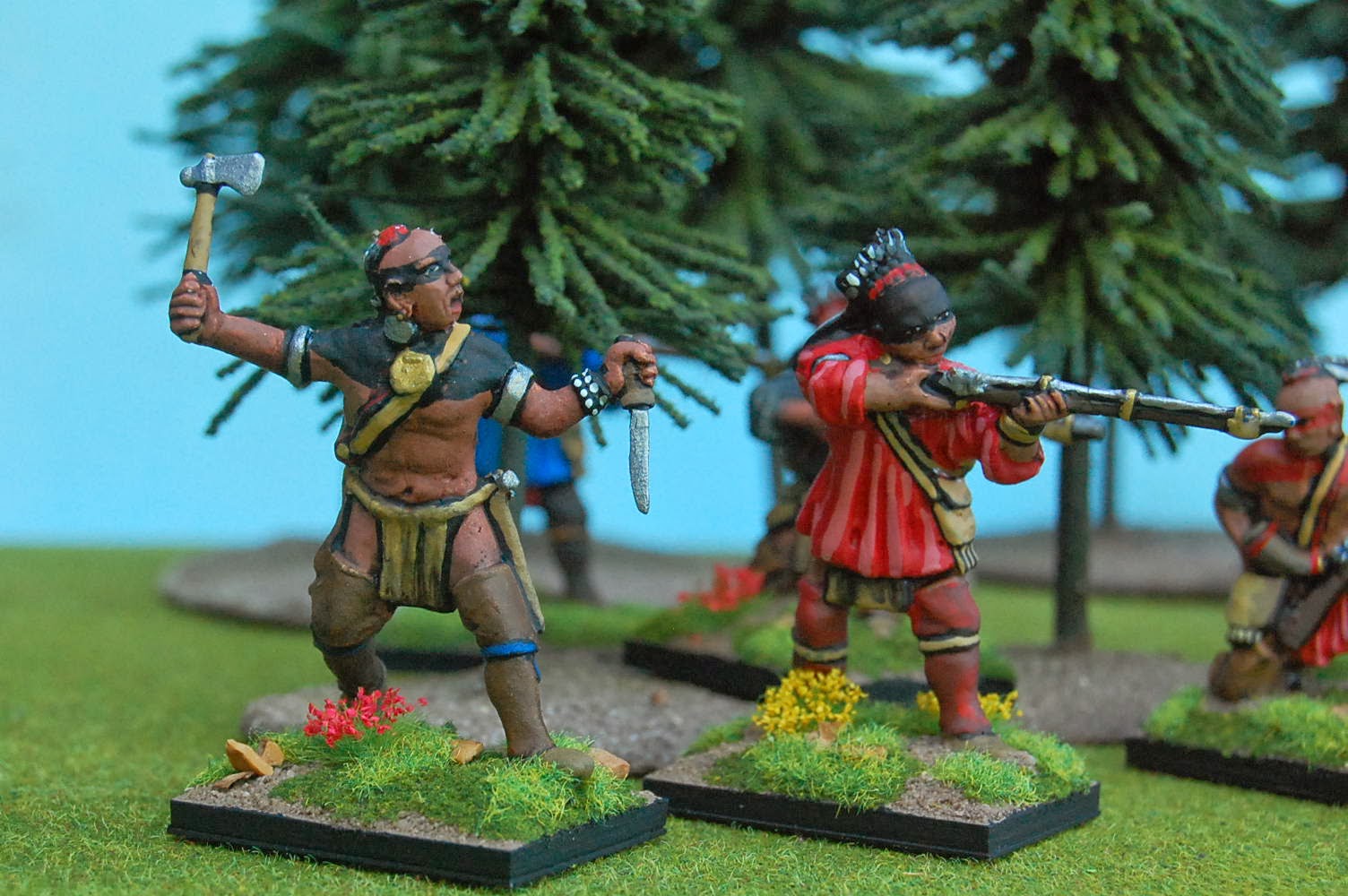 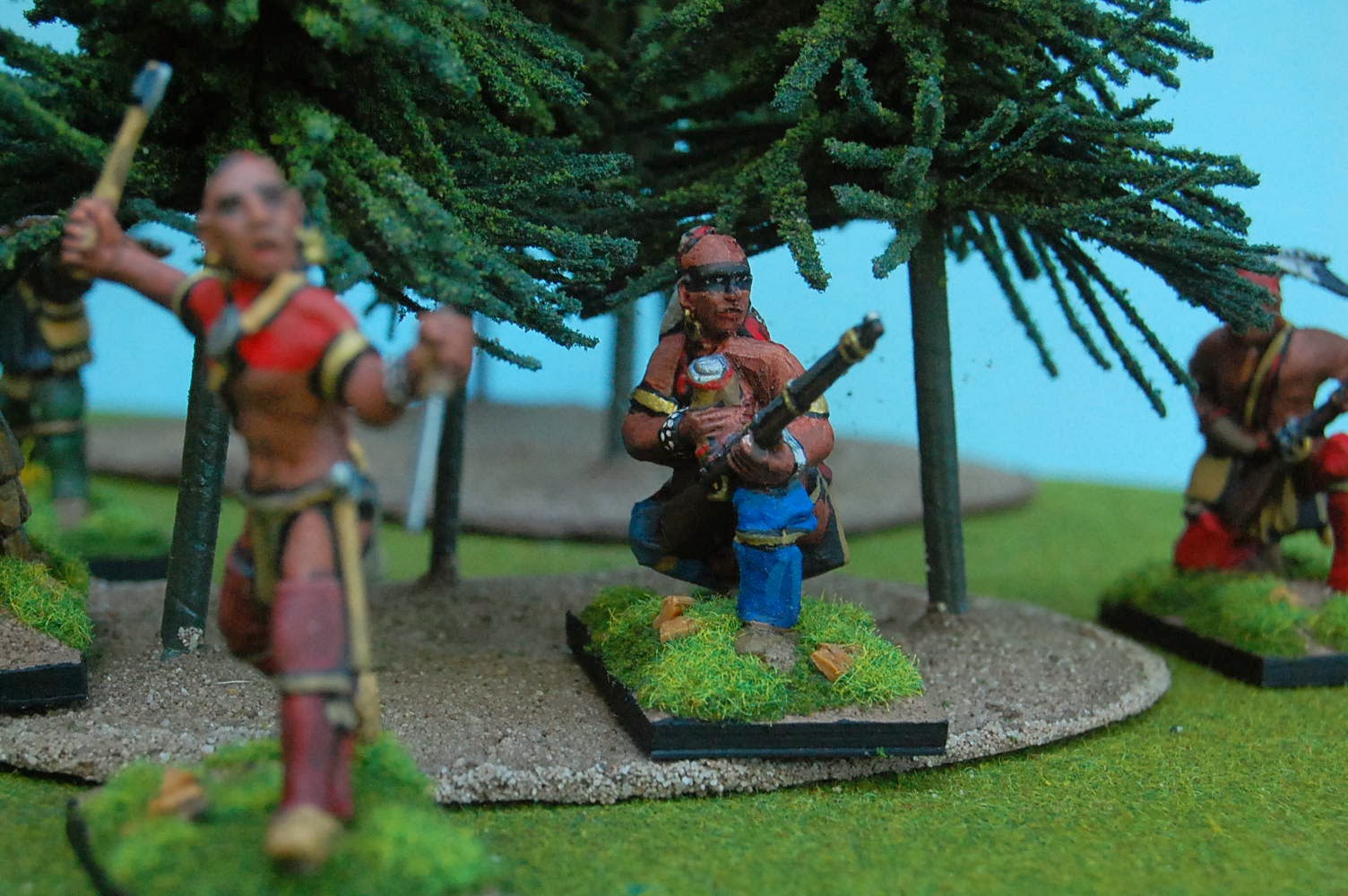 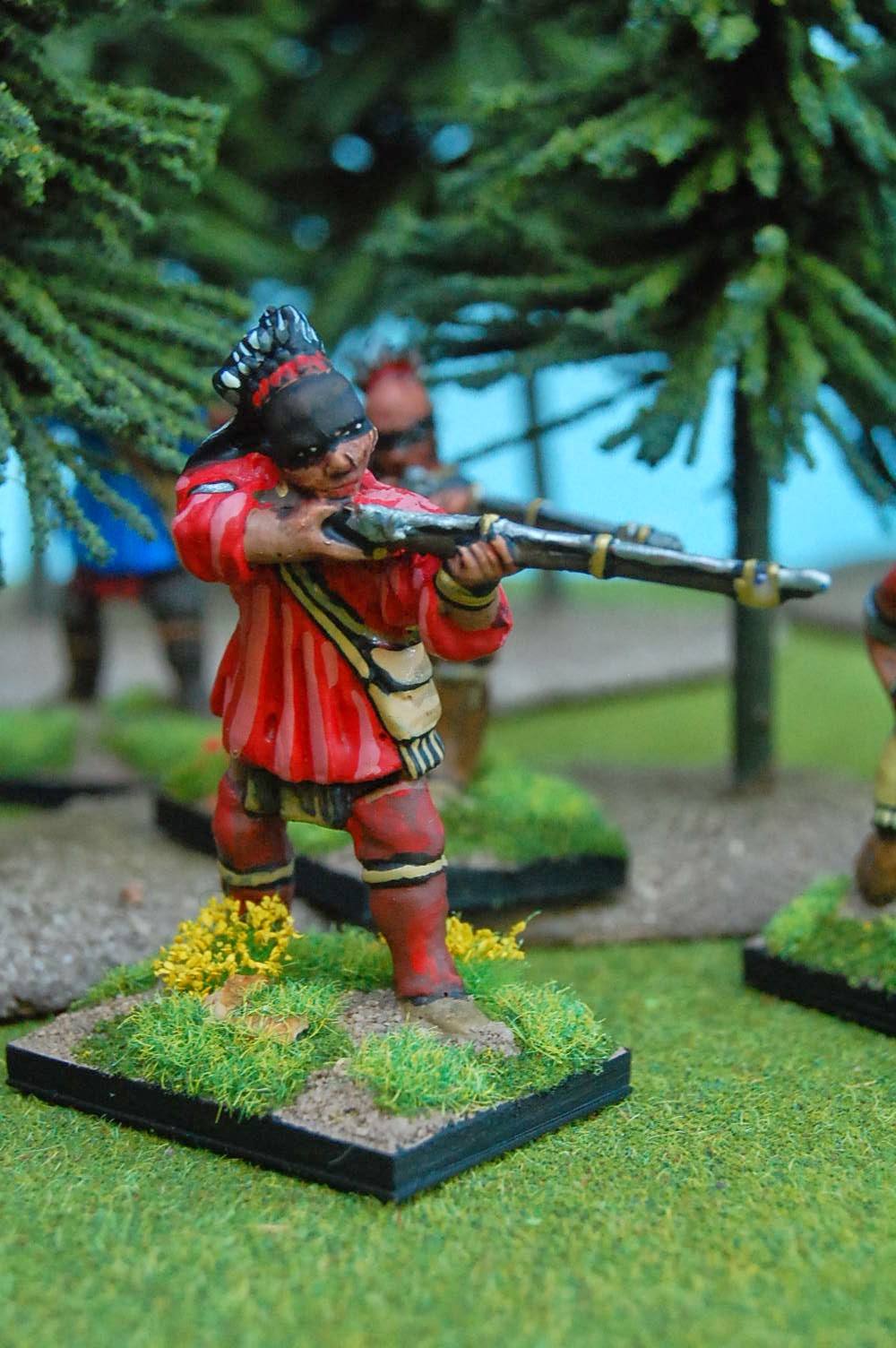