The French Commander, Junot, for the battle of Vimeiro in the fall of 1808, combined the Grenadier companies of his various battalions to form a reserve.  General  Francois Kellermann commanded the reserve and was to go on to be a famed cavalry commander at the battle of Waterloo.  Junot eventually threw his reserve at the British regiments defending Vimeiro in a desperate last ditch attempt, without success. 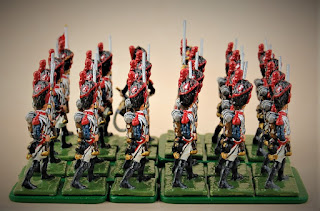 For something completely different, and painted in a different style, I was finally able to finish the painting of  some Smolensk Cavalry for the battle of Grunwald.  They are dirty grimy medieval Russians charging into battle against what will be even dirtier Teutonic Knights for use with DBA or its variants, Triumph and L'Art de la Guerre. 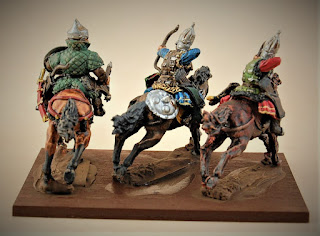 Next up on the painting desk: Bavarian Jagers and the Polish Vistula Lancers

Thanks to one of our readers I have some measurements to complement the British artillery description posted earlier on this blog:  https://miniatureminions.blogspot.com/2021/02/updated-172-british-artillery-model.html - The diagram below (click to expand) shows how the measurements are taken and a description of how they are designated A-F.  Thanks to some techno-wizardry in Excel, for which I am not responsible, the cells highlighted in yellow show measurements that are within an accepted tolerance (10%) of the prototype, scaled down to 1/72.  The big surprise for me was the DK 12 pounders which are not far off the mark. 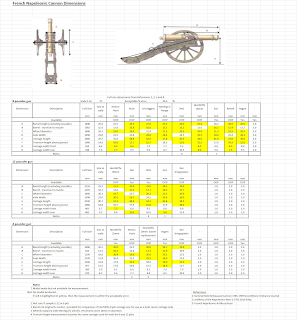 Many thanks to Goya who took the time to put this together!  Measuring these little buggers is a bear, so there may be some variability in the measurements presented.  If you have any additional models with associated measurements from other manufacturers, or note anything egregious as an error, let me know and I will correct/add.
Posted by David at 12:53 PM 9 comments: