In what seems like my modus operandi - I can't ever just work on one project, so for the next couple of months will be working on painting a Napoleonic Bavarian battalion for my old school 1/72 collection, and a 15mm early British army made of Saxons and Post Roman occupation British forces as an L'Art de la Guerre army.

1st Up - The Bavarians

I purchased these on an ebay auction thinking they might be Hinton Hunt figures, but turned out to be custom modified Airfix French Old Guard figures with a head transplant to Bavarian helmets and then cast in metal.  The casting was very well done with the exception of the muskets, which were so poorly done I had to find an alternative solution.  Enter Matt Golding from the UK who sent enough muskets from one of his own projects, to outfit the whole battalion.  Thanks Matt!  I have finished the removal of the old muskets (which were held in the right hand) and replaced with Matt's muskets (cut down very slightly) and held on the left hand side.  I am confident that with a little paint, the remaining removal scars will be well disguised. 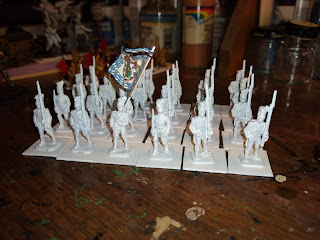 We have a local fellow who makes printed flags and sells at the local conventions.  I saw this flag last year and picked it up to save me from having to paint what has to be one of the most intricate Napoleonic flags in use! 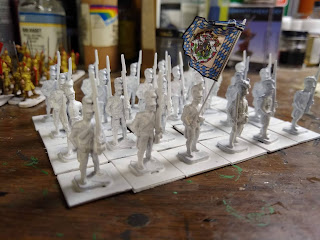 Really excited about getting some paint on these fellas. 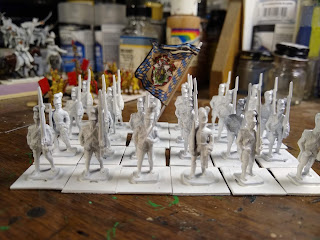 The officers are Hinton Hunt figures, but I believe are actually Austrians.  The uniform is so close though, that with a little paint, I think they will make an adequate proxy.

Now on to the Saxons!

This will be a small project as the army itself is already complete, with two exceptions.  I need to make a camp, which in this case will be those pesky Saxons rowing across the channel to beach their ship on the shores of Britain.  Lastly I need a couple elements of those now famous Sarmations who may have served with the Romans in Britain. 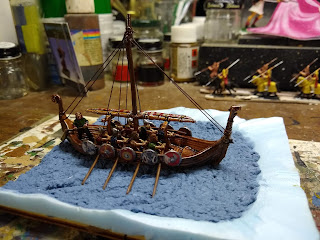 This is a 15mm Essex viking ship sitting in some colored Sculpta-mold paper mache.  My hope is that when finished it will look like a coastal inlet.  The blue will be toned down with greens and browns and then a little highlighting added.  I would love to figure out how to mold a slate pebble beach as I have seen in Wales.  I imagine the Saxons would have landed on the East coast however.  What would be appropriate for that coastline? 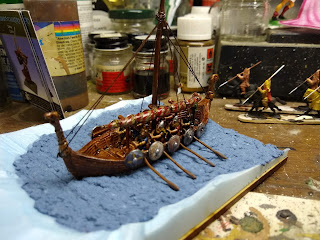 The shields are detailed with Little Big Man decals. 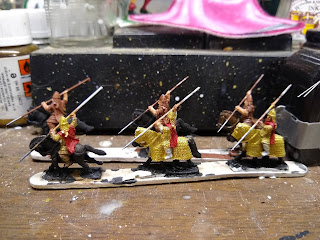 Donnington Sarmations in progress.  I got several pounds of these figures for about $10 long ago.  I passed on most of them to other gamers, but have just enough left for a Sarmation DBA army.

And Finally Spring has Arrived in Nashville!

I spent the day yesterday outside trying to clear brush and get the back yard in order.  Still tons to do, but by the end of the day was able to relax by an outdoor fire and take a load off knowing I had put in a good day's work. 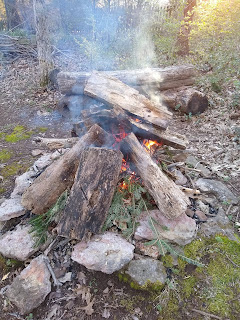 Here are some of the wildflowers blooming out back: 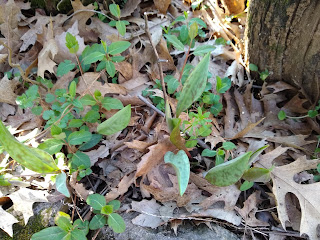 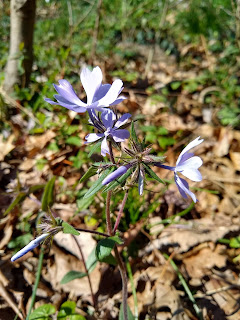 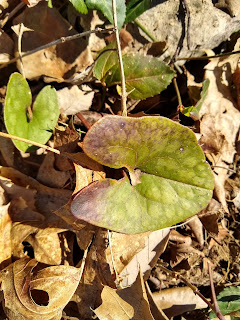 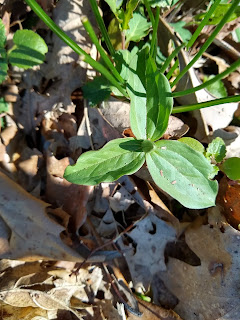 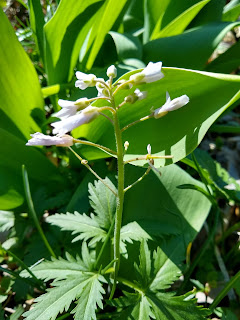 Cut Leaf Tooth Wart (now that is a great name!) 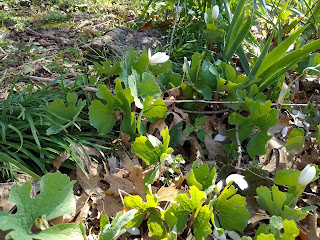 Bloodroot - the native Americans used the dark orange root as a fabric dye. 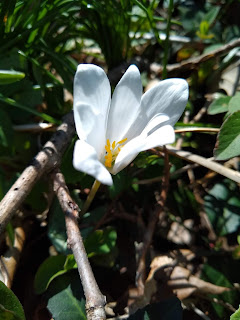 Blood Root blossom just opening up in the morning.
Posted by David at 9:30 AM 9 comments: