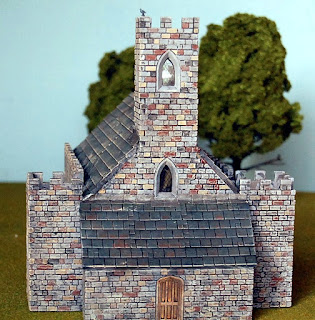 Here are several buildings my son and I have recently finished using the Linka plaster building system.  Basically you just use the rubber molds to produce interlocking plaster pieces which can be used to make a wide variety of buildings.  We also have the brick and log cabin sets which we will be using shortly.  The models are the perfect size for 20mm or 1/72 scale figures.  They are a little small for 25mm figures, but I intend to use them as scenery for some SAGA games and my old Ral Partha true 25's. 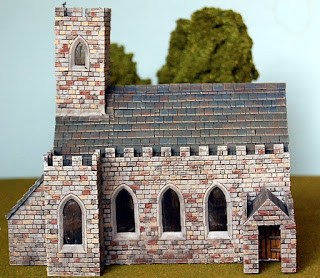 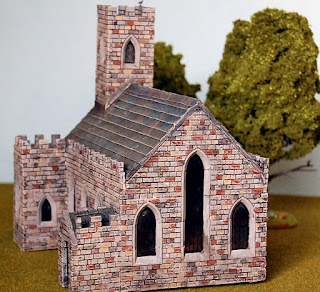 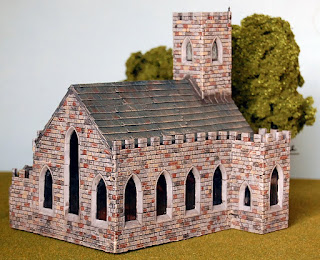 Finding the right plaster was a challenge, but eventually we got some dental stone from my son's orthodontist and discovered it is just the right mix for this process.  We order it in 20 pound packs now from a plaster company on the web. 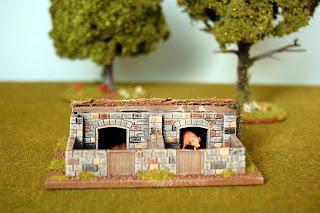 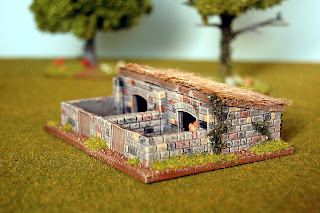 The pig pen is probably my favorite building even though it was the smallest.  The roof is made with standard Linka roof tiles, over wich I layered model railroading grasses to make the thached roof.  The pig is part of a wonderful set by pegasus 1/72 scale models. 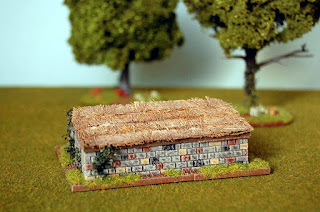 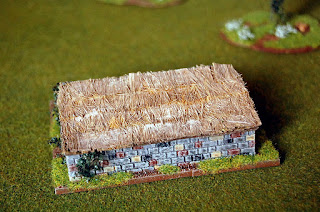 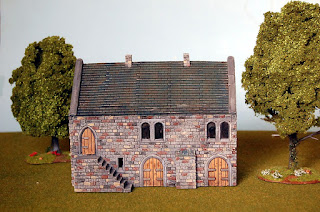 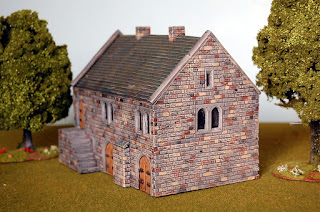 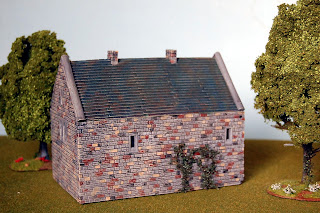 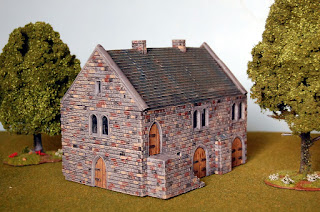 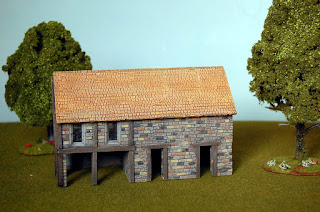 The Farm House.  This was a fun model as the windows were actually made by combining two of the cast parts and then making a silicon mold of the new "original" using regular silicon caulk and a tiny bit of blue paint as a catalyst which we then used to cast the rest of the windows. 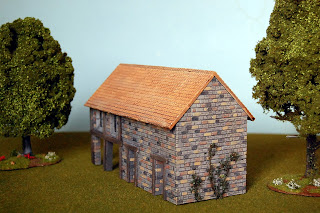 The trees are the cheap Lifelike model railroading plastic trees that I stretched a fiber canopy over and then detailed with sea moss pieces and then simply flocked with turf and leaves using a spray adhesive. 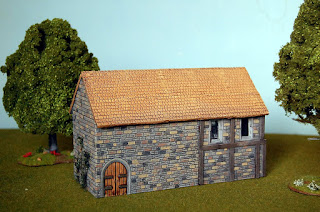 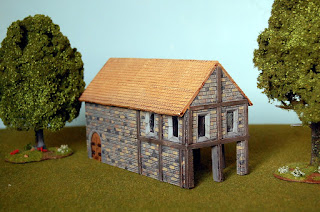