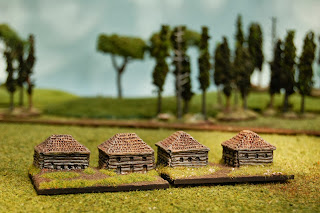 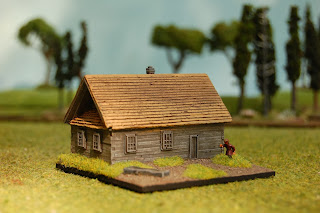 Buildings for a 10mm DBACW army which is slowly taking shape.  Maybe I misread the rules, but it seems like you need 30 or so elements per side, which is a lot of painting when you are putting 7 10mm infantry figures on a base! 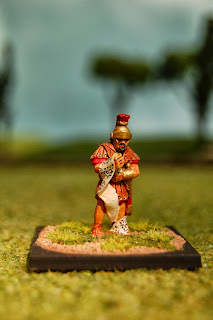 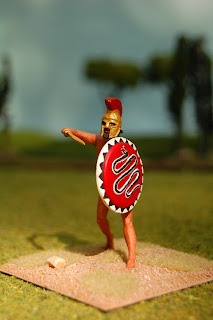 Couple of Barker markers for 15 and 25mm games 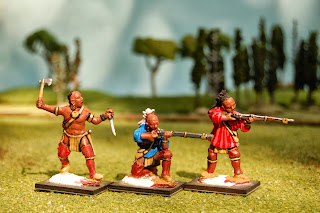 These are some plastic Indians that I picked up from All the King's Men a couple of years ago.  I'm painting up a dozen for their 54mm American Revolution game.  The indians are slowly coming together, but will make a nice addition to the regular British and Hessian infantry. 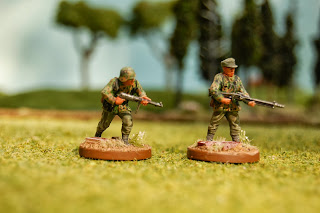 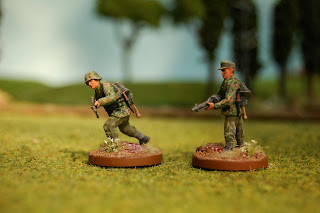 I'm still working on my WWII skills.  These are a tad too green I think, but for 30 hard plastic figures from Wargames Factory for $20 how could I say no.  Most of these figures are really quite good and the Russians are even better! 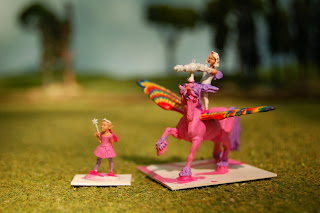 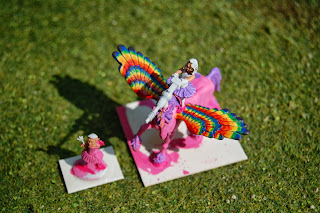 Yet another Barker Marker in progress.  This one was a tongue in cheek present from my daughter, but I must say I am having a blast with it! 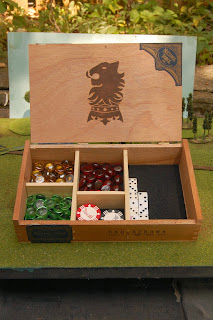 Ken at All the King's Men was selling these at Nashcon, but since our gaming shop happens to be right next door to a cigar shop I decided to make my own.  It was a fair amount of work and given Ken's very reasonable prices I would recommend just buying them from him, but I was able to customize my box a bit which was nice. 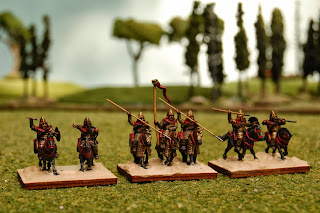 And lastly I have a HotT army for Terry Webb's Good Bad and Ugly tournament coming up in November.  This year we have a Lord of the Rings theme, so this is meant to represent an Easterling army.  The Cavalry are Donnington Sarmations, the axemen and artillery are Khurasan Tang Chinese, and the wain rider and hordes are Testudo Celts.  Surprisingly they work well together.  I painted them with a limited palette to help the cohesive look of the army and am hopeful once the basing is done they will be an even more impressive looking army. 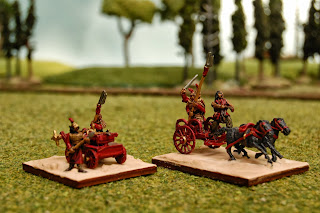 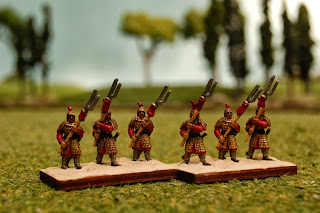 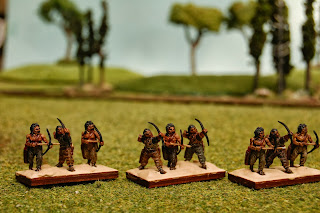 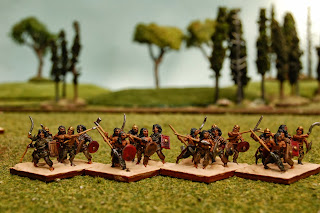 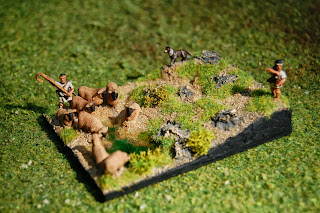 Here we have pictures of a DBA Early Hebrew army made with Vexilia or Venexia 15mm Figures - I always get them confused.  Though the army looks pretty good and did win a painting award at the 2013 Nashcon DBA tourney (2nd place - Terry Webb won a much deserved 1st place prize), their performance in the biblical themed tourney was lackluster at best, or at least my generalship of them was! 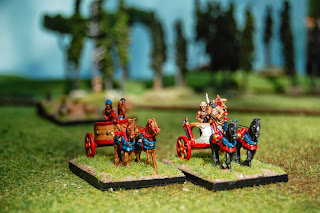 The Generals chariot was painted to be an electrum plated chariot.  Probably the Hebrews would not have had the resources for such a luxury, but I figured if the Assyrian king could have one, why not David. 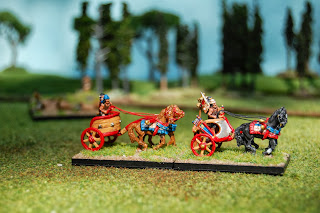 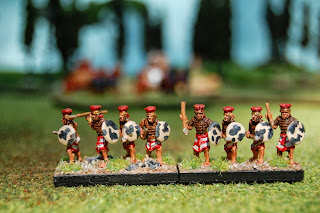 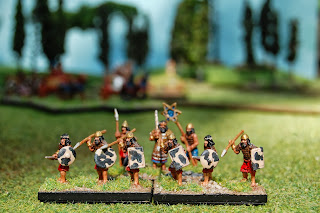 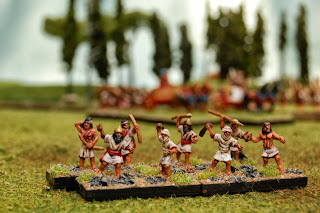 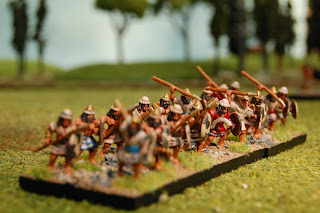 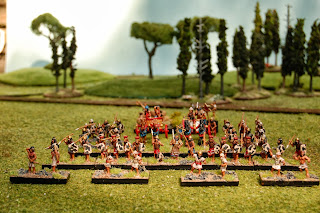