Out With The Old And In With The Shiny!

There is always something very rewarding about breathing new life into older things (people included!).  The Tennant collection has done just that for me as I have breathed new life into each and every battalion.  This week I was able to upgrade some figures in my Highland battalions thanks to a lucky eBay find of some original Hinton Hunt Highlanders and a lovely modern casting of a Highland Colonel from Art Miniaturen in Germany.

Now on to the French army.  Below are the Colonel and Chef de Bataillon for the 69th Regiment of line infantry.  The command figures are new, but the battalion is famously pictured in Bruce Quarrie's Airfix Guide to Napoleonic Wargaming published in 1974.  Because these were such iconic figures, I did not want to make too many changes, and confined my efforts to refreshing some paint that had dulled or chipped over time.  I did trim the bases to be more in line with the rest of the Tennant collection (The bases were not shown in the photographs of the Airfix guide, but covered in ground flocking), and modified the position of the eagle bearer just to add one little touch to the battalion to make it my own.) 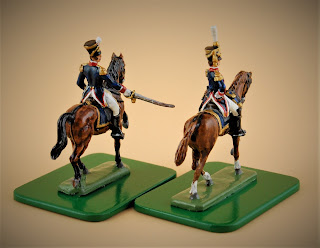 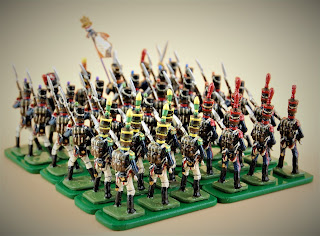 I recently agreed to help a friend find a home for some of her father's collection of miniatures.  The majority are 54mm figures from the 1960s - Rose, Stadden, Hinton Hunt and Bussler (IR) miniatures primarily.  I would love help with positive IDs if someone out there recognizes the pieces.  Basically I want to get a reasonable but not necessarily collector level price for these, if you see anything below that strikes your fancy, please do drop me a line at David.L.Crenshaw@Gmail.com and make an offer on what you think would be an attractive price.  All proceeds will go to the daughter of the collector and I will be retaining a few pieces for myself in payment for finding these lovely miniatures a good home.  One little item I will be keeping for myself is a letter written to the collector and signed by Marcus Hinton 3 days after my birth! 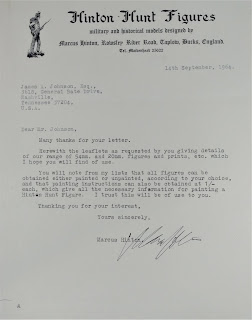 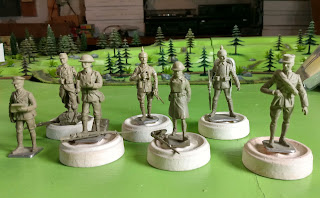 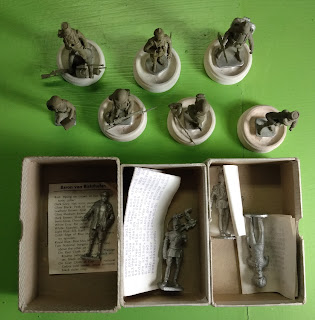 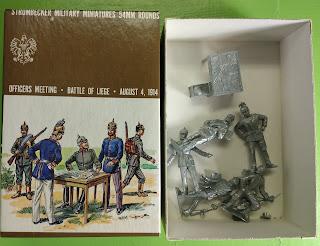 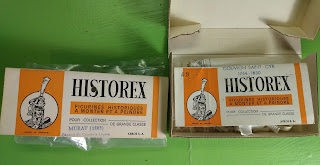 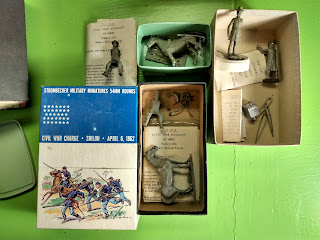 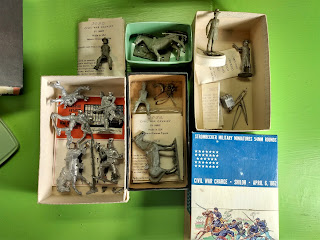 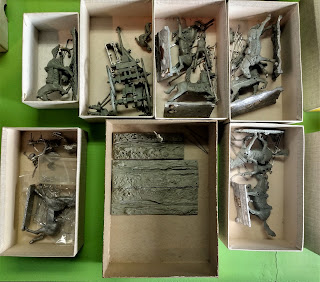 I also have this amazing 54mm American Civil War artillery set with limber and horses - unpainted.  This is not my auction but apparently shows the original piece fully painted.  He's asking $600 Canadian for the unpainted set, but I think that may be priced a bit high.

There are a few more items as well that I have not pictured.  There are a number of 54mm WWI castings, some Historex and Metal 54mm Napoleonic Hussars.  There is also a rather nifty complete set of American War of Independence reproduction buttons and badges, each with its own descriptive narrative booklet.  Let me know if there is anything of interest.  Thanks to Roy, Tom and Terry for some help with IDs! 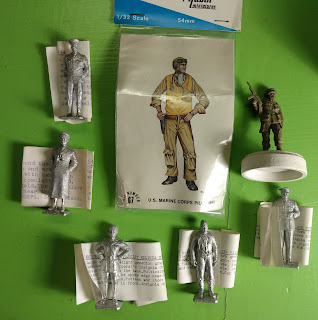 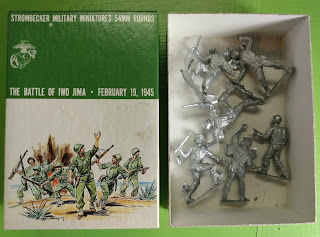 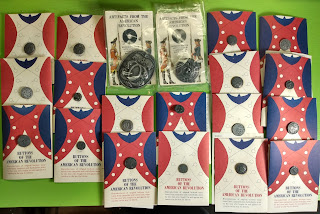 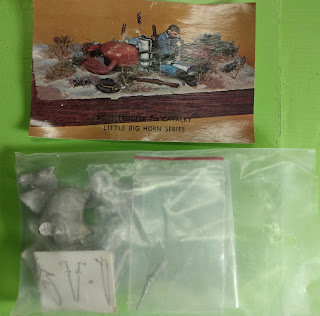 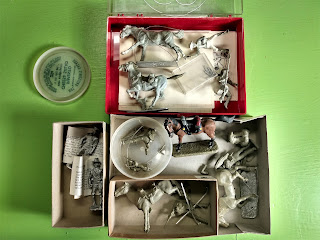 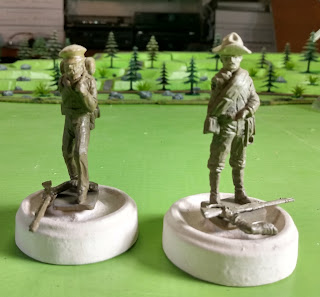 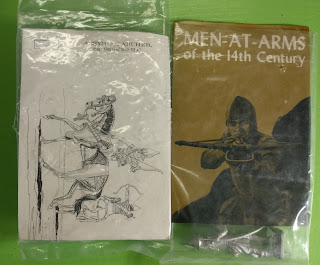