Found these on ebay recently and thanks to a trade, may swap a box of Russians for the Austrians to bolster my Russian forces.  Unfortunately they come in boxes of twenty, and I am unlikely to ever find unpainted Alberken miniatures to fill them out to a full battalion of 24.  I think I have some DK figures that I could convert into standard bearers and NCOs, but of course the challenge will be to mimic the painting style and aged finish of the originals. 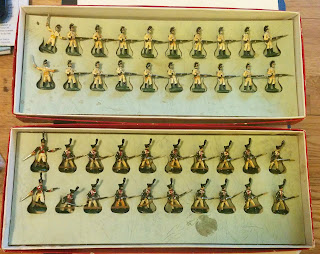 The photo on top is of 2 mint condition boxes of Austrians and Russian Grenadiers (the excessive yellowing is a product of bad photography - though I will say the white paint has yellowed somewhat).  With luck I'll swap the Austrians for the Russian line battalion in the second photo (really having no use for Austrians in my army at present).  Have to love trying to make use of these old veterans!
Posted by David at 6:13 PM 6 comments:

I loved playing The Fantasy Trip (TFT) when I was a wee tike in high school (actually I was pretty big and sported a daunting beard back then, but no matter, you get the point).  Recently Steve Jackson re-acquired the rights to the game and has re-released it in a new shiny version through Kickstarter.  In preparation I am hastily painting 40mm Lord of the Rings plastic hex combat figures, as well as 40mm pewter Mindstalker miniatures, to be ready for a dungeon adventure this Christmas with the family.  Nothing says Christmas like Death Test II!  Here are some work in progress pictures of the figures: 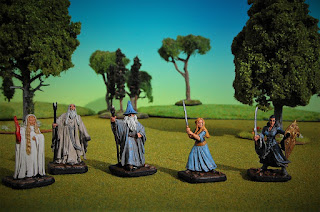 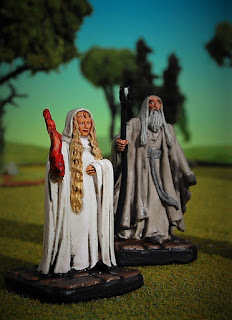 "Not Galadriel" preparing to hurl a fireball. 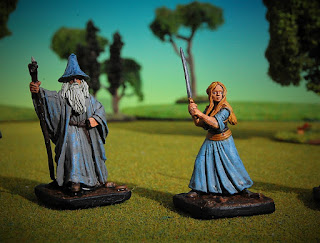 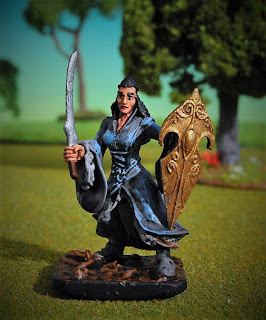 I never like this sculpt in 28mm and it was even worse in 40mm, so I just chopped off the extended left arm and added a shield.  Better, but still not my favorite. 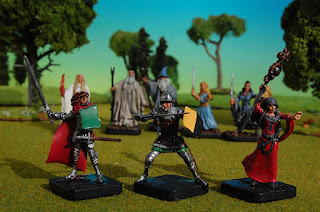 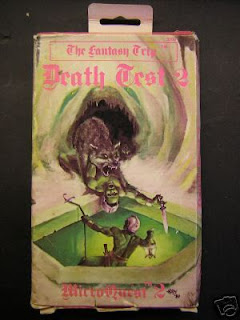 While Normally I pride myself on painting my own armies, recently I realized I simply have more lead than I could ever hope to paint, so I farmed some out to the talented paint brush of Paul Potter for painting.  I asked Paul to leave them un-based so I could match my own style.  Besides basing, I decided I wanted to pretty up some of the shields with Little Big Man shield transfers, so there is a nice mix of original painting and transfers in the army.  So without further ado, here is the result: 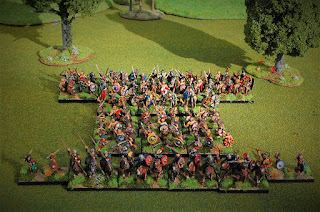 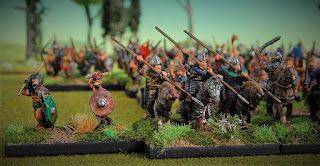 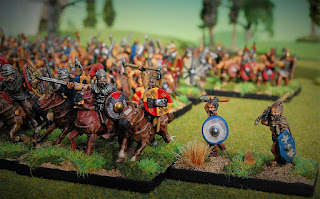 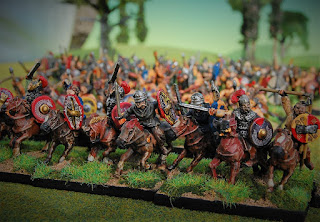 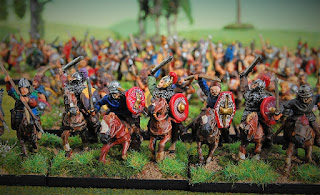 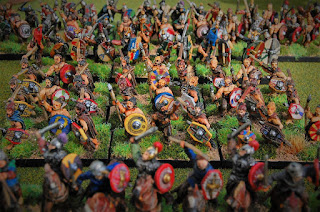 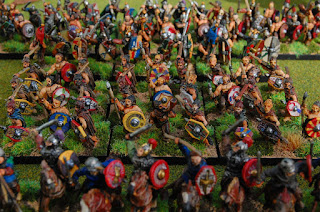 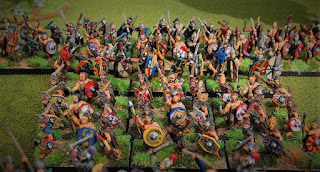 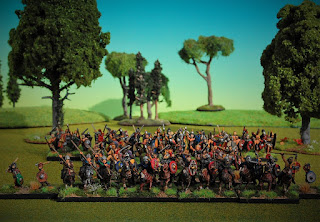 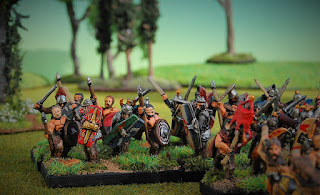 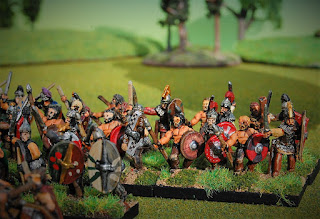 Rohan, the Men of Snowbourne

In the Peter Jackson film version of the Lord of the Rings, the men of Snowbourne are late to the rallying point before the Rohirrim head out to assault the orcs of Morder besieging Minas Tirith.  The only excuse I could see is that they must be from the outer reaches of Rohan.  When I received this selection of soldiers, painted by none other than Sue (Hurklecat).  I thought immediately that they could be fashioned into Rohirrim with just a little bit of extra love.  I added just one or two figures, customized some shields and added some banners, replaced old lead spaghetti spears and then based them to match my collection.  Thus my second army of Rohan was born, this time featuring more reds than greens, a consequence of their distance from the main plains of Rohan, and also why there are more infantry, as they live in the foothills of the mountains bordering Rohan (at least that's my story and I'm sticking with it.)  The magician is meant to represent Radagast the Brown, who has emerged from seclusion to lend a hand against the evils of Isengard and Morder. 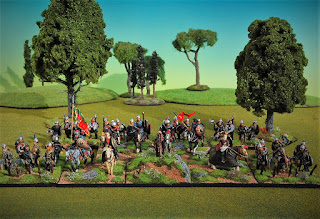 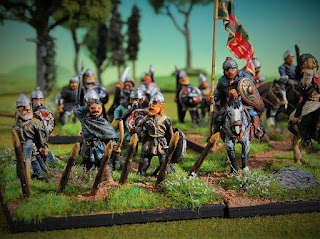 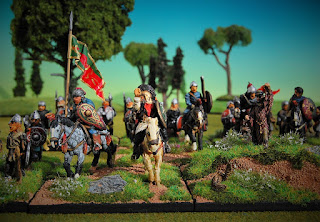 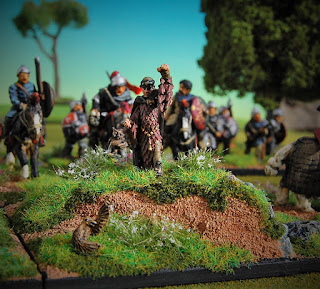 Radagast was on of the few figures I painted from scratch and is from a Ral Partha half-elf collection I believe.  I thought his armor/coat was reminiscent of feather, hence he is based with an owl and eagle. 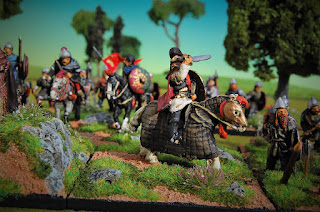 There were two of these included in the selection and they were a bit too Roman to serve as rohirrim, particularly this on on the armored horse, so I sculpted a horsehair crest for the helmet and added a sword to help disguise his Roman heritage. 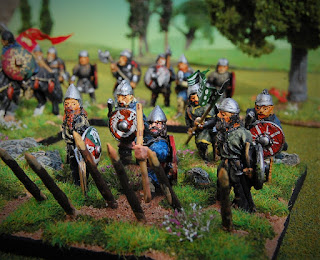 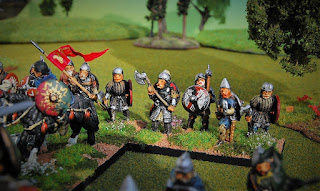 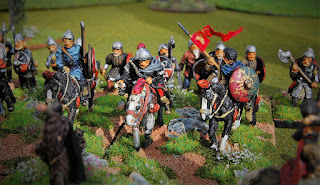