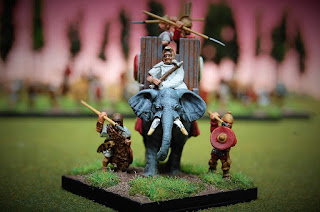 The new army lists in DBA give the Marian Romans a little extra variety, so I decided to add some of the Spanish, and Numidian allies.  I assume the elephant was probably supposed to be from Numidia, but I have chosen a hang over from the Carthaginians, and in any event thought it would look best as an element in Scipio's army. 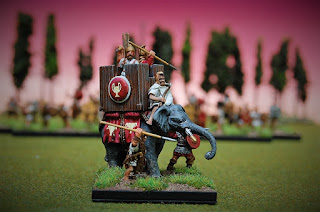 VVV decals were used to decorate the beast.  One of Scipio's Iberian allies guards the elephant on foot. 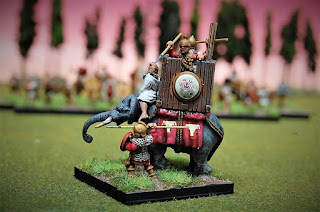 On the other side of the elephant, a warrior in captured Roman armor guards the elephant from the attack of lightly armed psiloi. 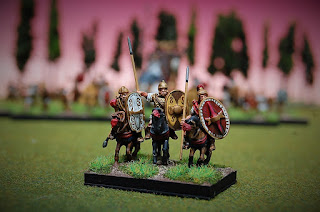 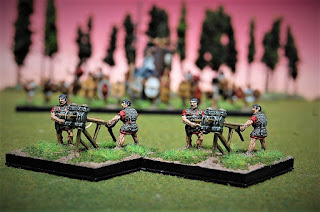 Here's what started this whole project.  I found some Roman Bolt Throwers in my collection of unpainted lead from Testudo miniatures, and couldn't resist getting them into action.  In their first outing versus an Indian army, they proved devastating to the enemies elephants. 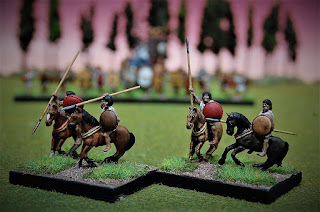 Numidian allied light horse - the most feared horsemen on the battlefield. 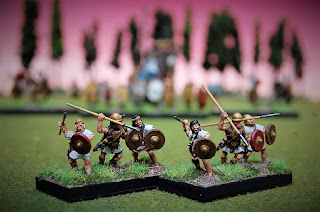 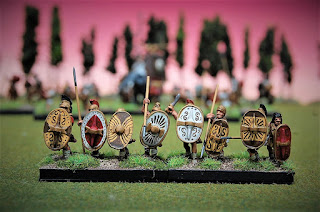 And the heavies - really had fun with the shields! 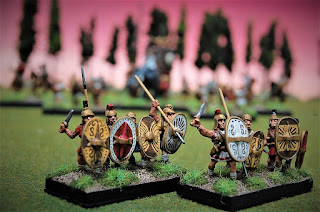 The largish Xyston figures mix quite nicely with the Testudo Romans - next up, the Gallic mercenaries of Caesar.
Posted by David at 7:13 PM 4 comments: 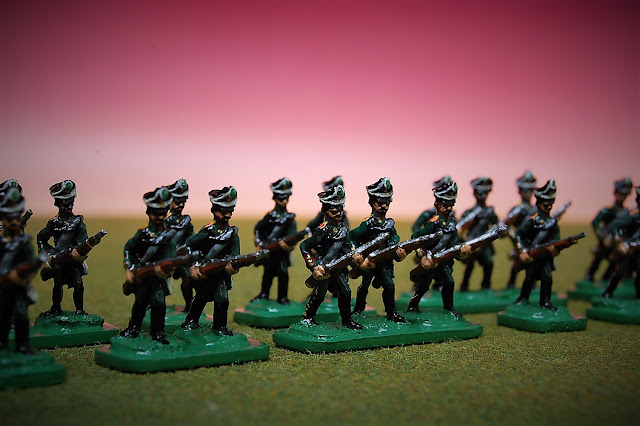 Let's just say that as a former professional photographer, I still haven't learned how to take decent pictures of these glossy little fellas!  I'll keep working on it, but for now just know they are a lot better looking on the tabletop.  Here we have the 3rd Russian Jagers.  I have decided to model the 3rd Corp of the Russian first army, primarily due to the presence of the Pavlov Grenadiers.  Not to mention that eventually I'll get to paint the guard cossacks... 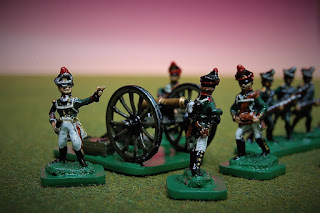 The infamous Russian artillery.  The Unicorn is actually plastic, but I have some stand ins from Newline Designs on the way. 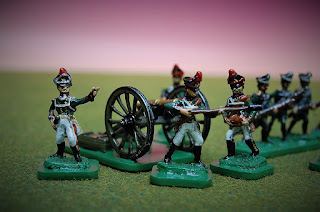 The soldier with the barrel swab thought he was being rude, so turned around to not have his backside facing the camera.

Progress on the Russian army thus far.  I have three other infantry battalions mounted that will require minimal brush work to make serviceable, though I will need to replace the flags. 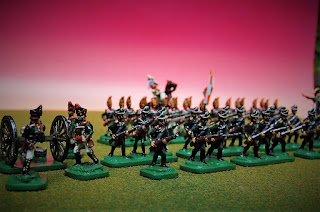 The view from the ground.... 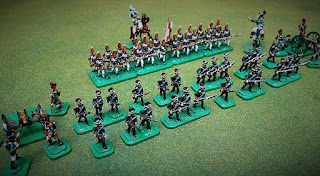 and from the observation balloon.
Posted by David at 7:10 PM 1 comment: