The Tennant collection includes eight battalions of Portuguese infantry and three regiments of dragoons, so I felt like I needed to beef up the chain of command a bit.  Most pressingly, I need Colonels for the infantry battalions.  I have since discovered that Portuguese command figures are few and far between in terms of availability.  I was able to pick up a general staff set and mounted colonel as part of an infantry command set from Hagen.  These are now unavailable, but may pop back up soon at a partner site.

The Colonel in British Uniform is an SHQ figure that is still available.

I Need Your Help!

If you have any of the following figures lying around unused, please contact me at David.L.Crenshaw@Gmail.com as I would love to be able to complete some planned battalions:

This week Richard "Dick" Tennant's family was kind enough to let me know of his passing after a long struggle with cancer. Over a year ago I was fortunate enough to receive Dick's miniature collection - fifty year's worth of his labor of love. Through his collection of Hinton Hunt Napoleonic miniatures, I got to know him and felt I might with genuine sincerity call him a friend, even though we never had the chance to meet in person. His generosity of spirit and love of the hobby was evident from the many messages I received from him, going into great detail on aspects of his collection about which I was eager to learn. Always thoughtful and meticulous in his devotion to the hobby, I also came to know his sharp wit, and will miss our correspondence tremendously. Below is a short announcement his daughter shared that he had prepared for fellow hobbyists.

Like many historians of his generation Richard developed his interest in Napoleonic history via wargames. He had known Donald Featherstone since the 1960's when his book 'Wargames' introduced a generation of male baby boomers brought up on 1950's films and the wartime experiences of their parents, to the military experience and thence to the history.

His first published article The Royal Sappers & Miners was published in 1971 in Tradition magazine, and Rocketmen of 1814, published in 1973 in Military Modelling, provided him with the funds to purchase an MGS medal which proved to be a valuable investment. The Journal of Napoleonic Association then published a four-chapter article in 1989. Richard went on to carefully research, write and publish many articles covering the Napoleonic Period and in particular the Peninsular Wars. His articles often took a new perspective, exploring the impact of language and logistics challenges of the period. He built an impressive collection of books, maps and rifles and spent his lifetime meticulously and lovingly painting Hinton Hunt figures in superb detail. By 2020 he had complete 2,816 figures representing both an Anglo/Portuguese/Spanish Army and a French & Allied Army of around 1812/13. These were sold as a complete collection to David Crenshaw in Nashville, Tennessee.

Richard was Treasurer for the British Commission for Military History having been one of the 43 original members in 1977, and was made an Honorary Life Member in 2019. He became a Trustee for Royal Green Jackets (Rifles) Museum in Winchester. His contribution to the Waterloo Diorama at the Museum earnt him Honorary Membership of the regiment presented by the Colonel Commandant, General Sir Nick Parker. He was President of the Wessex Military Society from 2013 until 2020, and recently was a key sponsor supporting the publication of Stephen Petty's book Bugler Boy to Talavera.

I thought a fitting way to honour Mr. Tennant's devotion to the hobby would be to accompany this announcement with some pictures I have not yet featured on my blog of his collection. Below are the first battalions of Portuguese infantry and a cavalry regiment that will now join many other figures as I work to make his collection more suitable for the wargames' table so that others may enjoy his work.

A full bio of his hobby life can be found here: 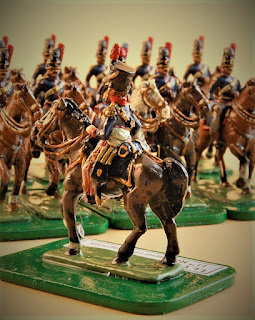 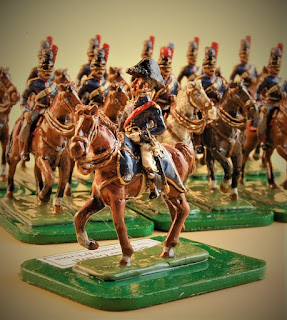 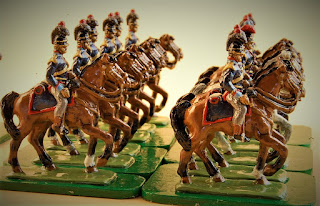 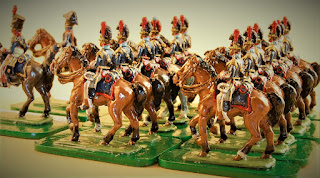 All of these lovely troops need a place to recreate their struggle over 200 years ago, so below I have included a few shots of the battlefield as it evolves.  I have added more trees, boulders and scrub brush.  Work on the roads and gullies is done, but I still need to finish up detailing the streams. 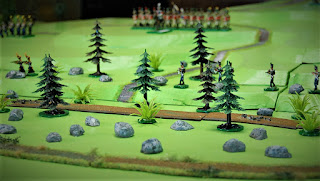 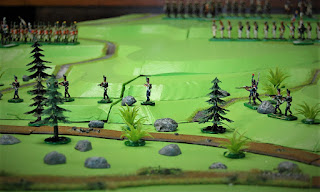 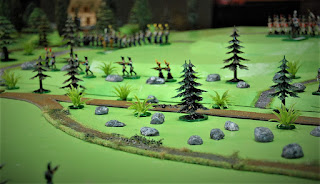