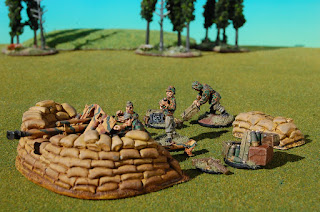 This is the German 105mm Howitzer set with a few additional pieces for the sandbag bunker and storage by Baueda. 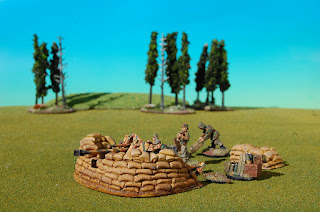 I entered this set in the painting contest for the historical category at the Siege of August this past January.  I was sure that if I won anything it would be with the limber in my previous post, but surprisingly, this set won a first place prize and the siege bucks given as a prize were quickly spent on some Testudo 28mm knights for a battle of Tannenberg (Grunwald) project. Had a great time at Siege by the way so come visit Augusta Georgia if you can next January! 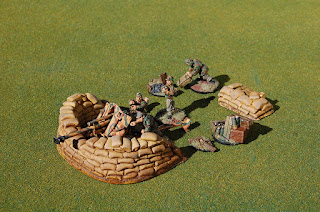 Lots of nice accessories are included in the Bolt Action set - everything but instructions.  I searched their site high and low but there were no instructions to be found for this piece, though I found instructions for about everything else they make.  Hopefully I got it put together correctly! 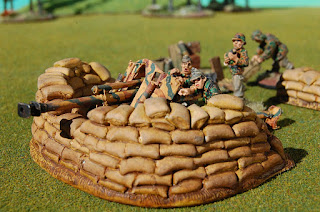 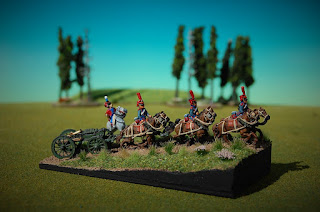 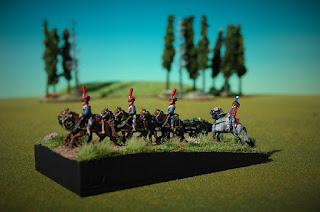 I actually created this piece to serve as a camp element for the Napoleonic variant based on DBA (De Bellis Antiquitatis), called DBN.  If memory serves it is modeled on an elite horse artillery limber, very similar to the Old Guard, but without the white pompoms.  There was some disagreement in my sources as to what the uniforms looked like, so I tried to make my best guess.  I hope you purists out there will be forgiving of my interpretation. 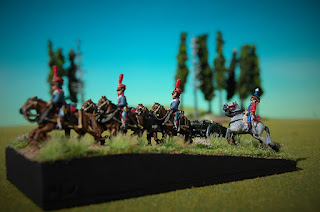 For the small diorama bases I use a Litko 3mm base and add a piece of insulation foam that I then carve to shape hills, roads, gulleys etc. 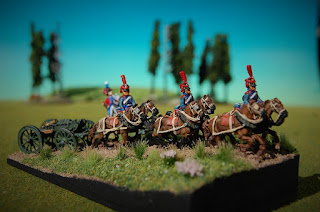 There are so many good scenic products out there these days.  I believe the tufts of grass and flowers were supplied by Leadbear's Tufts out of Australia (https://www.facebook.com/leadbearstufts/) 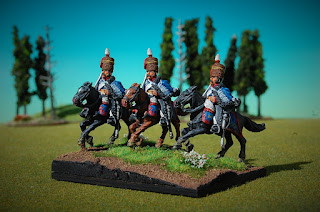 Here we have a series of 28mm Cavalry for my slowly growing 28mm armies for DBN.  First I have the renowned British 15th Hussars.  I had a ton of conflicting sources as to the design of the saddle cloth.  Eventually I went with Haythornthwaite's uniforms of the Peninsular war. 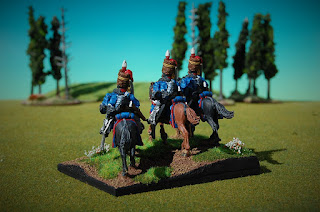 You really have to wonder how they kept those tall busbys from falling off at a full gallop! 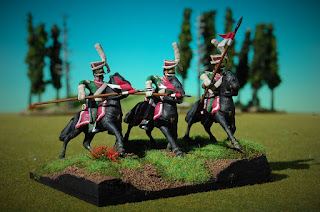 These are some old school Garrison figures that I picked up as part of a larger 20mm Der Kriegspeler's find.  I figured I might as well spruce them up and use them, so cut off the cast lances, cleaned up the paint and added some highlighting. 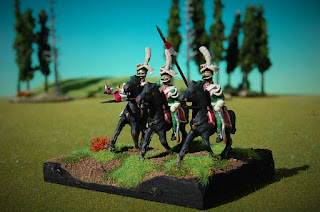 I really like the little gulley in the center of this small diorama base. 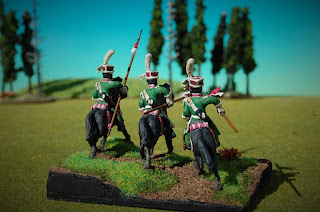 When seen from behind this base really comes alive as the rider on the right looks like he is leaning in to catch up with his fellow lancers. 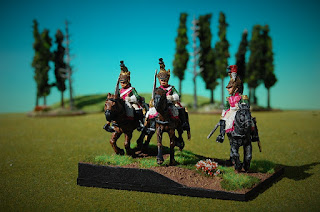 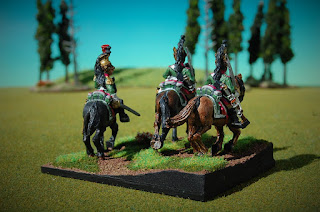 These are foundry figures, I believe sculpted by the Perry brothers, but they are considerably smaller than the current Perry plastics. 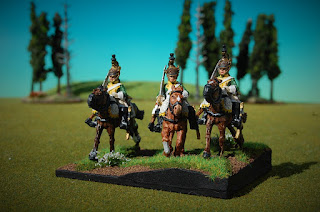 You have to love that some designer somewhere said - "Hey, you know what will really make our dragoons look fierce - yellow and pink facings!  Yep, that will definitely strike fear into the hearts of our enemies." 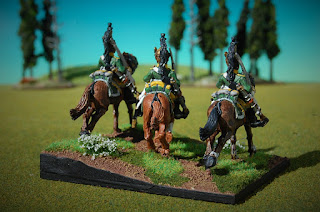 Love the horse on the right side with both back feet off the ground.  Don't know if horses actually do that, but it looks cool. 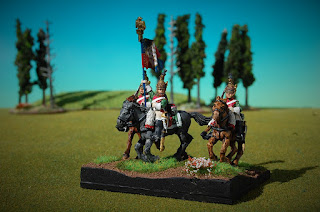 I don't often model guidon bearers for my cavalry elements, but this one just looked too cool! 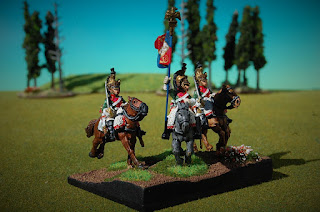 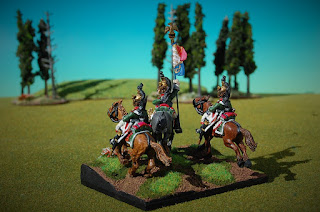 Vive le Empereur they shout as they prepare to ride down Richard Sharpe and his tiny band of green coated ruffians...
Posted by David at 4:58 PM No comments: