They have been a long time coming, but at last they have arrived to bolster the defense of the Motherland! 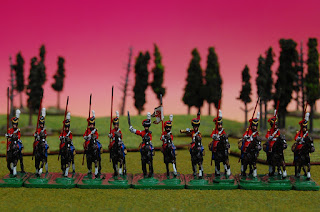 The setting sun, or burning villages, illuminates the skyline as the Guard Cossacks prepare to charge. 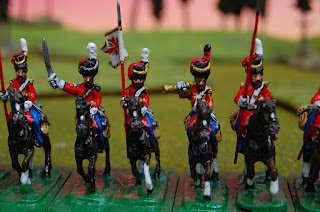 A fellow contributor to the Miniature Page asked that I take some close ups of the officers when done, so here is just one of a series I took to thank him for uniform help provided. 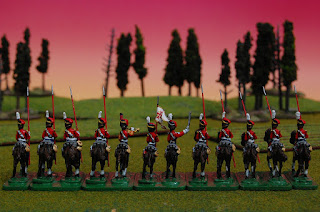 I took inspiration for the painting style and motivation to complete these fellows primarily from two sources.  Matt from the Hintonspieler blog continues amaze with his fantastic work, and much reassurance that I was on the right track with the uniforms came from the My Ever Growing Armies blog.
http://thehintonspieler.blogspot.com/
http://myevergrowingarmies.blogspot.com/2017/11/russian-guard-cossacks.html 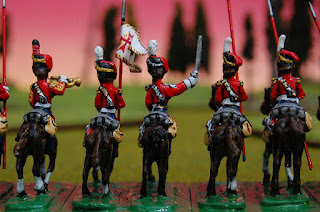 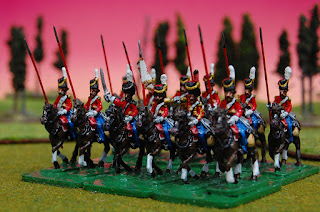 A rather intimidating block of cavalry. 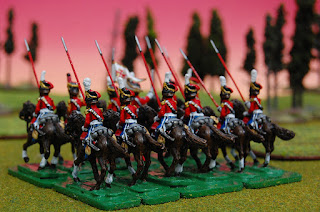 With all of the straps and saddle bags and other paraphernalia, I think these figures ended up looking just as good going away as moving forward. 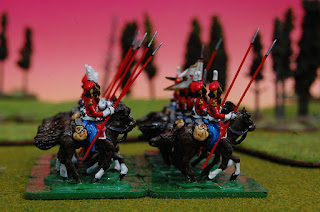 The original cast on lances were held horizontally, so one of the byproducts of removing them was that most of the canvas food bags had to be augmented with a little green stuff epoxy sculpting compound to disguise the cut marks.  This was more or less successful, with some turning out more convincingly than others.  Below is a series of close-ups of the troopers and officer stands. 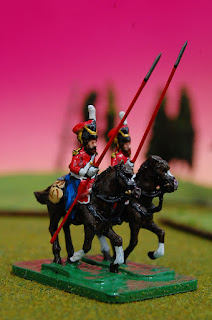 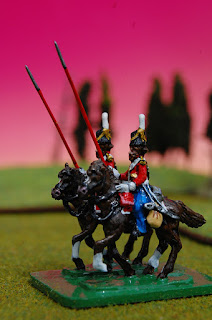 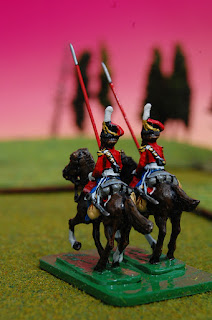 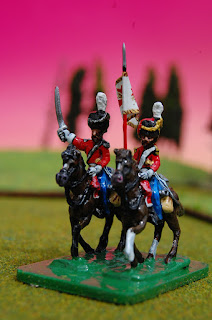 I believe the Guard Cossacks were the only Cossacks considered a formal organized force and were the only unit of cossacks given the distinction of carrying a guidon.  I was able to find a picture of some reenactors on line who used this flag, which was confirmed as appropriate through some knowledgeable folks on the Miniatures Page. 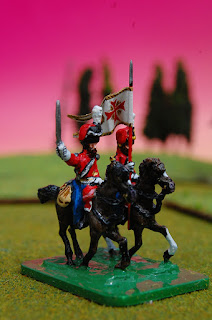 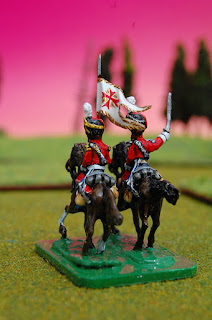 Der Kriegspielers did not make Russian Cossack Command, so these figures owe their command arms and Busby's to newline designs 20mm Ural Cossacks.  Those busbys unfortunately had no cords or plumes, so I had to sculpt those once again using Green Stuff. 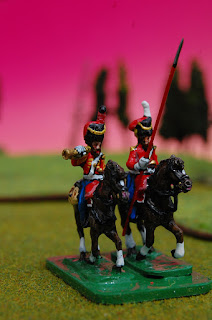 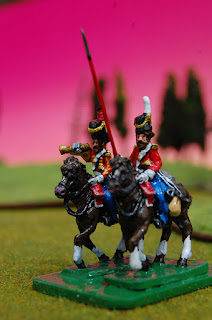 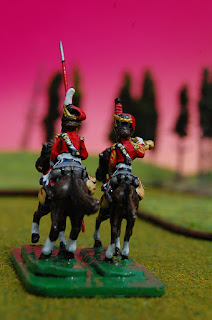