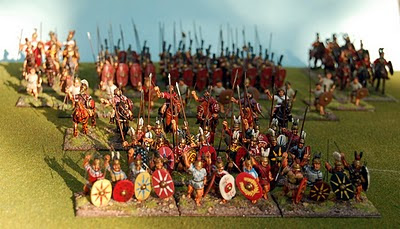 SOLD!
The core of this army has sold but I may be able to offer one more Camillan army as well as a Gallic army in the near future so keep you eyes open for them.
Italian javelin men take the lead with spear and Tarentine light cavalry in support. These figures were originally intended to be part of a Pyrhic DBA army, but could work just as well as Campainian or Brutian allies for the early Romans as they began to expand their empire. 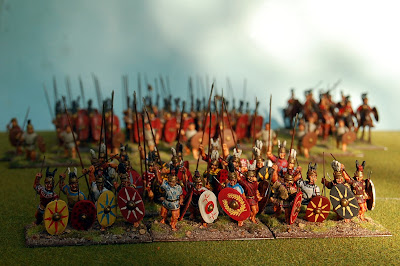 The Italians were lots of fun because of the variety of shield shapes and designs that they used. Their tunics were also nice and colorful with lots of geometric patterns. 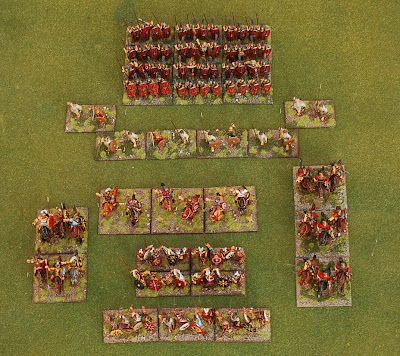 A view of the Roman heavy Cavalry 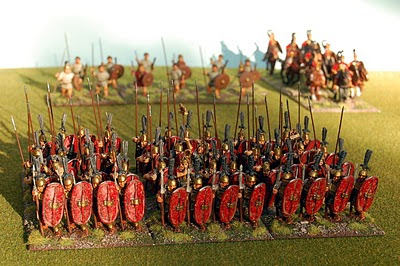 The main Roman body; to the front, the Hastati, in the middle and rear, the Principes and Triari, all mud splattered veterans ready for battle. They really are a grim looking lot! 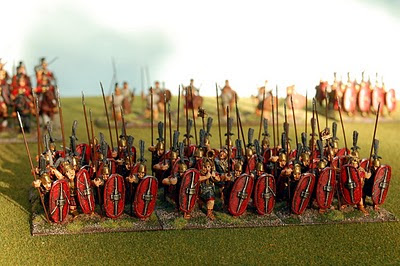 A better view of the Principes. 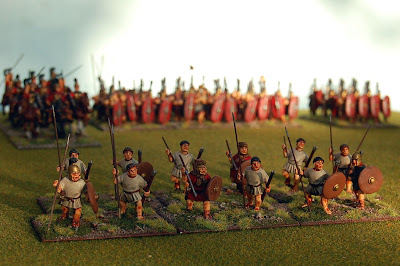 The light infantry support. I believe these are crusader miniatures, which are quite excellent. 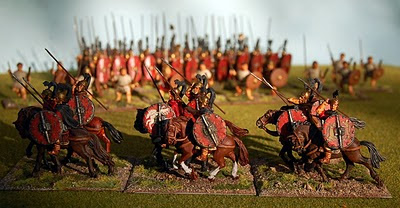 A close-up of the grim Roman cavalry veterans with their shields stained with the blood of their enemies and the mud of the territory they have conquered.

My original intent was to sell these as two DBA armies, but after seeing them all together like this I am having second thoughts. Nevertheless if interested in acquiring these please contact David.l.Crenshaw@gmail.com
Posted by David at 9:24 AM 2 comments: