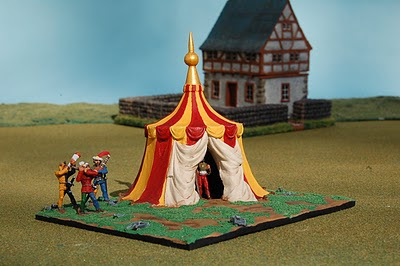 After six months of feverishly slaving away (well, not really so much), the Venetians are finally done and scheduled to meet their nemesis, the Milanese cowards, next weekend. The camp element above is made from a Bauda tent and Ral Partha musicians. The horn blower on the extreme left is taken from a period painting and the poor fellow is apparently wearing some sort of fabric cow's head facsimile, horns and all. The Milanese general has already started a long series of cow jokes which the Venetians may never live down. 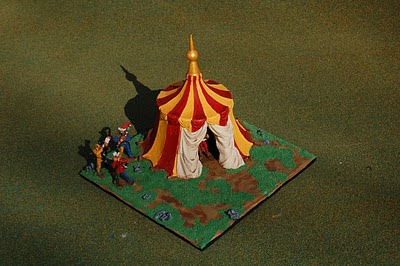 Blimb view of the camp with plenty of room left for a combat element to occupy if necessary. The mud is modeled with wood putty and the grass is N-scale railroad ballast painted and highlighted. I hated to tuck a figure inside the tent, as he had a nice paint job which is hard to appreciate with him being inside, but I wanted to block the view into the tent so it would not appear empty. 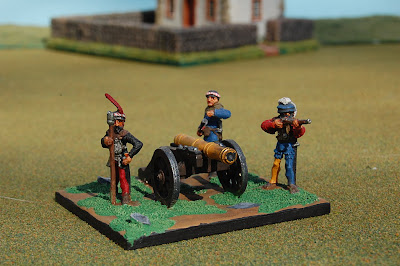 I modeled another element of Artillery for the Venetians to more accurately represent the financial austerity of Venice. They were one of the few, if only, principality to not go in for the extra expense of fancy decorations on their canon. 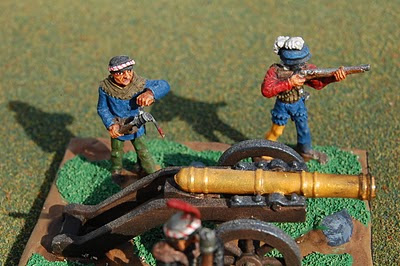 A closeup of the figure on the left reveals him for what he originally was; one of the troop of musicians. I cut away the drum he was originally holding and turned his drumstick into a slow match holder with the addition of a bit of thin wire. 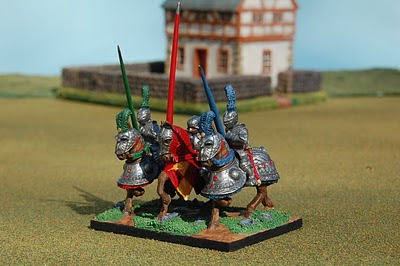 Venice only gets one element of knights, favoring stradiots and mounted arqubusiers instead, but here are the heavies. 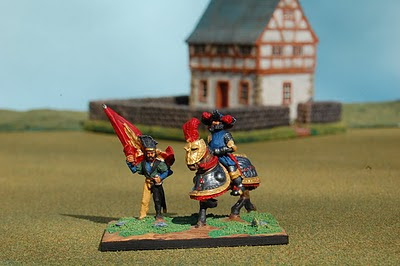 The big feather wearing cheese himself in his blackened armor with gold embellishments. 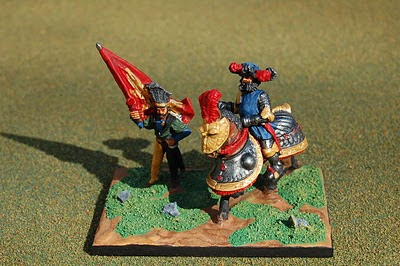 I believe the figure of the general may be Essex or some other manufacturer, but he had a head transplant from a Ral Partha fugure. 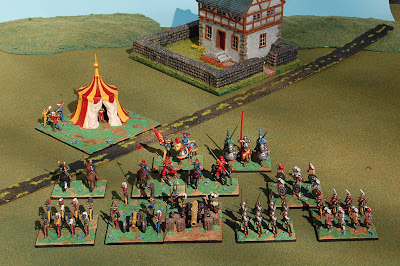 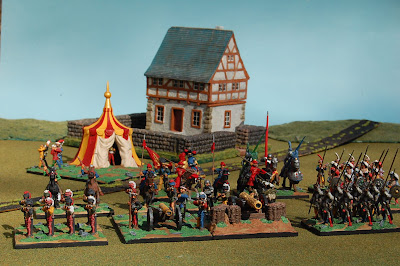 The fearsome view the poor Milanese will have of the approaching Venetians.
Posted by David at 9:32 AM No comments: