The Fusilier-Chasseurs de la Garde Imperiale have been confined to barracks due to an unprecedented two weeks of near constant rain, but thankfully the skies cleared and I was finally able to photograph these fine looking fellows. 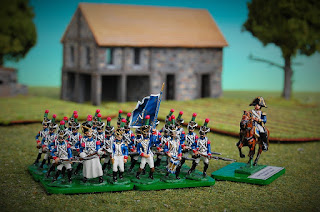 The Battalion of  of Fusilier-Chasseurs turn out under the gaze of Pierre Vrigny, who became colonel major of the regiment of fusiliers on 07/09/1811 at the age of 41.  Unfortunately he would not survive the rigors of the 1812 campaign, and died in Poland during the retreat, unable to travel and captured by the relentless Cossack attacks in 1813. 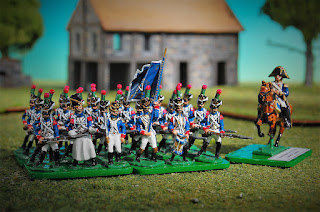 The Fusilier-Chasseurs are Der Kriegspieler 16s, with DK command and a Hinton Hunt copy of the Sappeur by JC.  The flag is a hand painted paper flag.  Colonel-Major Pierre Vrigny, I believe is an early Minfigs casting of unknown number. 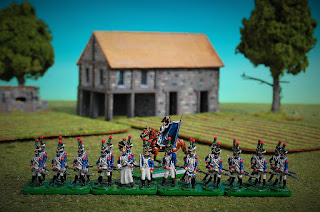 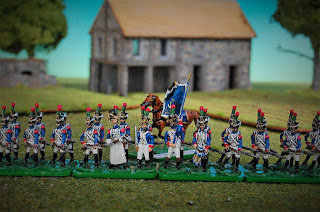 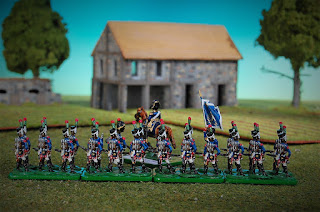 Faire volte-face!  At least I hope so.  I don't really speak French, but that is what google tells me. 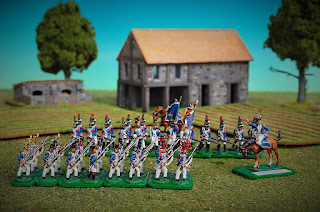 The 17e Regiment d'Infanterie de Ligne passes by for the review of their senior colleagues, led by Colonel Louis Vasserot. 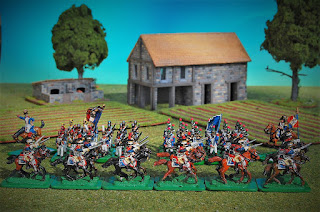 As a final added dash, the heavy Cuirassiers gallop past with swords drawn. 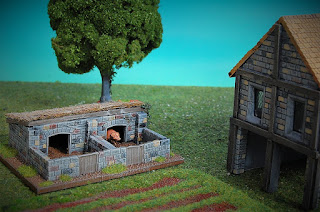 With all of these hungry mouths about, the local animals are looking a little worried.... 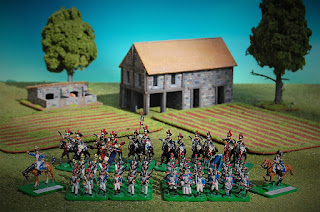 The French forces for the invasion of Russia are small, but their numbers will grow.  I'm working on expanding the guard as they are just so fun to paint, but also some allied contingents.  I am almost through with the musket conversions for the Bavarians, so will have two Bavarian battalions, two Italian battalions, and one Saxon battalion.  For the Imperial Guard I have the Fusilier-Grenadiers, the Flanker-Chasseurs, the 3rd Dutch Grenadiers and a battalion of Seaman of the Guard.  Lots of painting to do!

Citadel historical collection of Carolingians. These are extraordinarily hard to find! 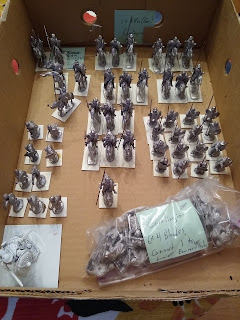