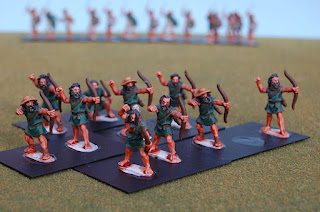 This lovely collection of figures is produced by Gorgon Miniatures as their Spartan line.  The figures are very well done and in my mind slightly superior to the Foundry Greek line in that the sculpting quality seems as good, but the Hoplons are sligtly larger, thus more appropriately sized.  Above is a group of psiloi. 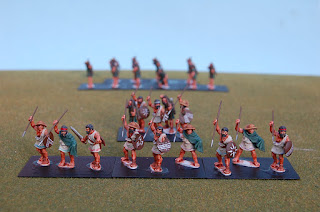 Here we have the javelinmen or Auxilia.  I found these to be extremely nice sculpts and am somewhat conflicted as these are for a commission so I don't get to keep them.  Oh well! 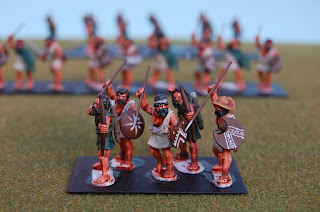 I based five light infantry on a stand to be a horde element for DBA armies.  Only the Early Spartans get a horde element, but these could really be from this period.  I have decorated the shields of the Hoplites with the lambda, which would probably be more appropriate for the later period, but had enough figures for a horde so I thought what the heck. 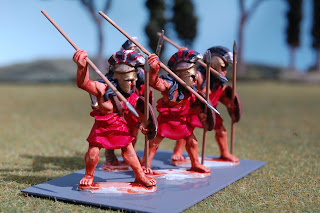 These are the heavier Auxilia and based as 4 to a stand. 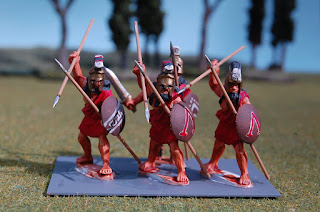 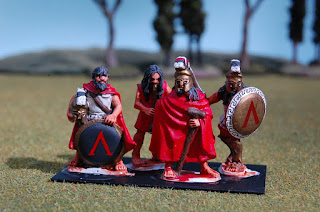 The army will have two command elements for future expansion which are shown here and below.  You just have to love the transverse crests! 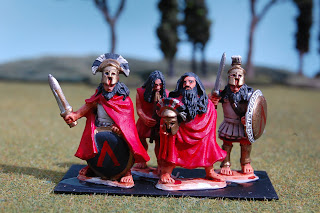 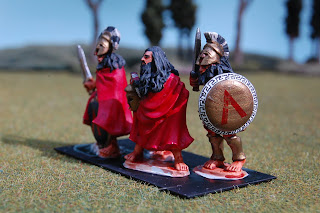 Some fun detail work on the shield. 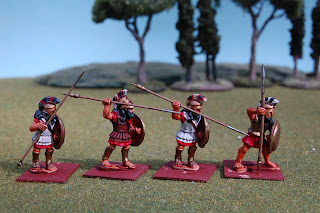 A small sampling of the hopllites - there will be 48 in all, half of which are painted, but I won't base them until they are all painted so I can mix them in and base the army at one time.  The shields have Little Big Men decals which are pretty easy to work with.  The spears were a problem, as I was not happy with the ones I purchased, so have used some plastic spears, and a lot of my own wire spears with custom sculpted butt spikes.  This was a pain to do but I was quite pleased with the end result. 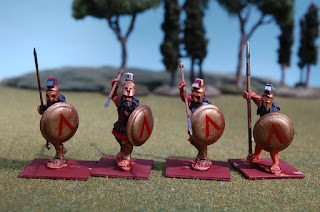 The hoplite on the right above has a plastic spear, the rest are armed with my custom made ones.  The two hoplites below have custom made spears as well.  As you can see from those below I have given them a variety of linen and leather armor. 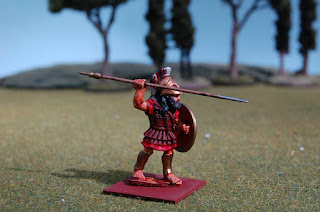 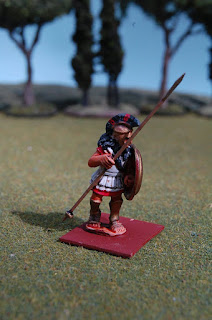