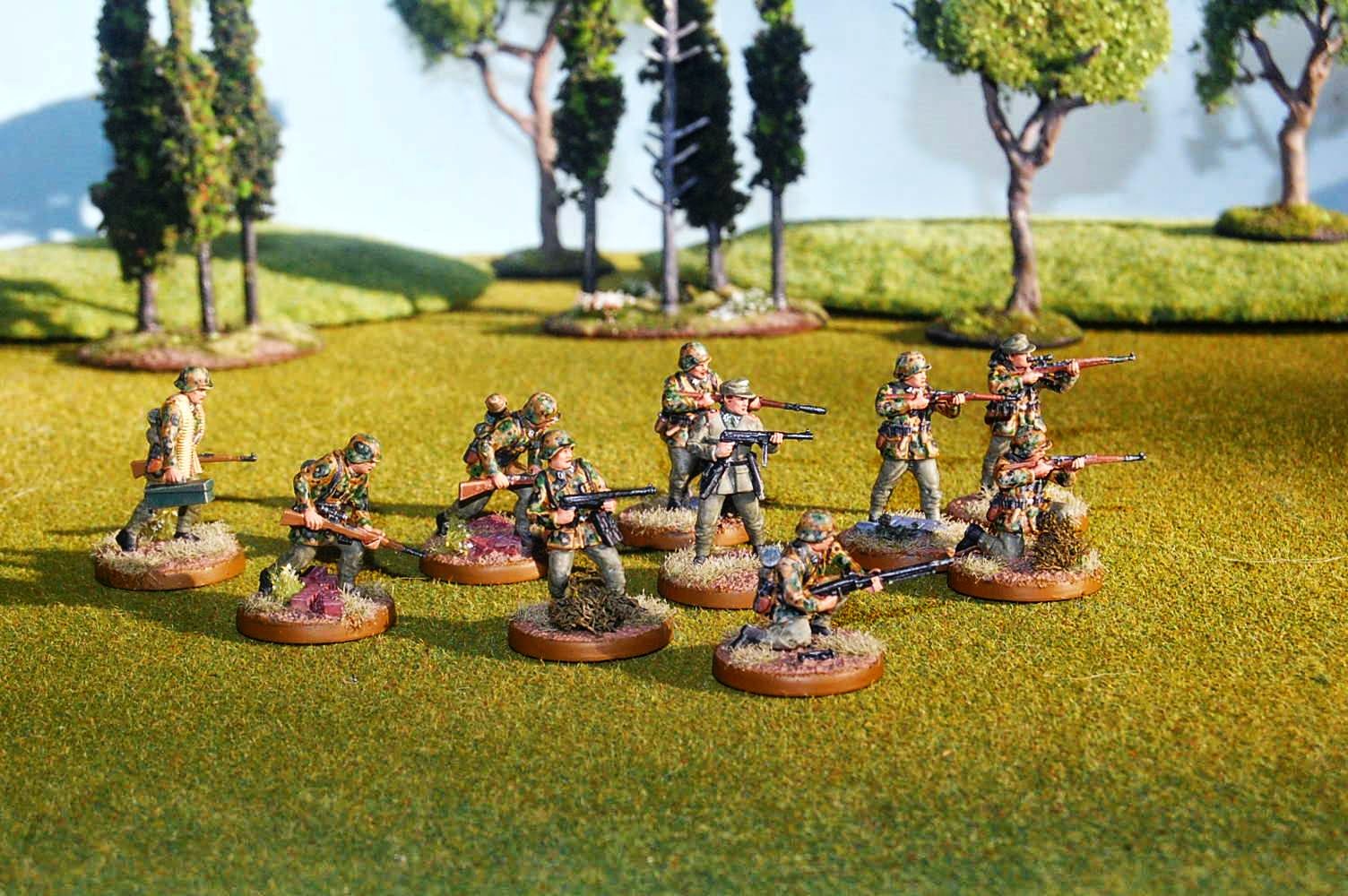 This is my second squad of Germans made from 28mm Wargame's Factory plastics.  These are an improvement over the first squad, as I used a lighter khaki as the base coat of the camo jackets which helped tone down the green overall.  I also like the option of adding a combat leader in a fatigue hat rather than an officer's cap.  I think the squad leader of the third squad will be in a helmet. 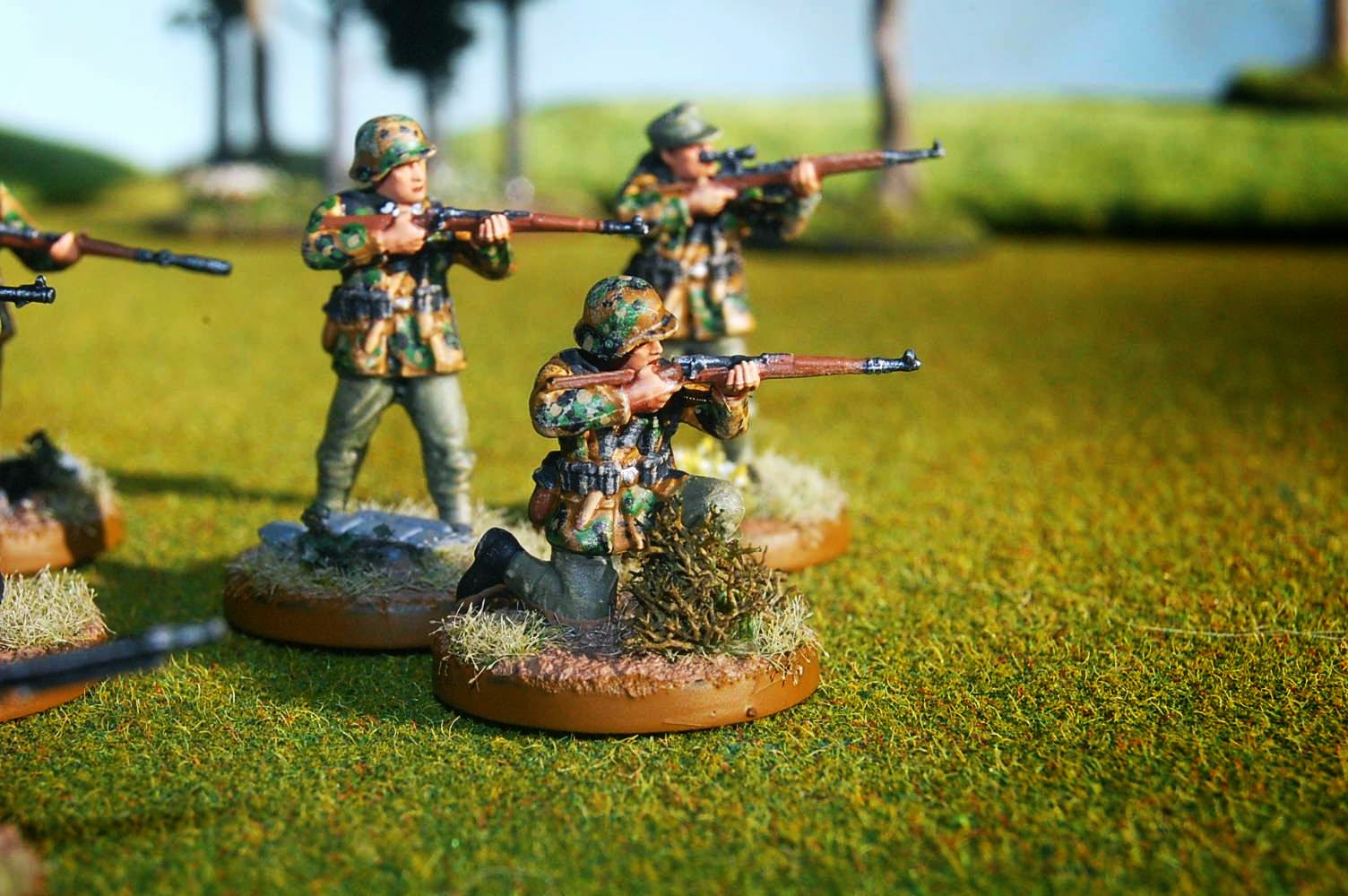 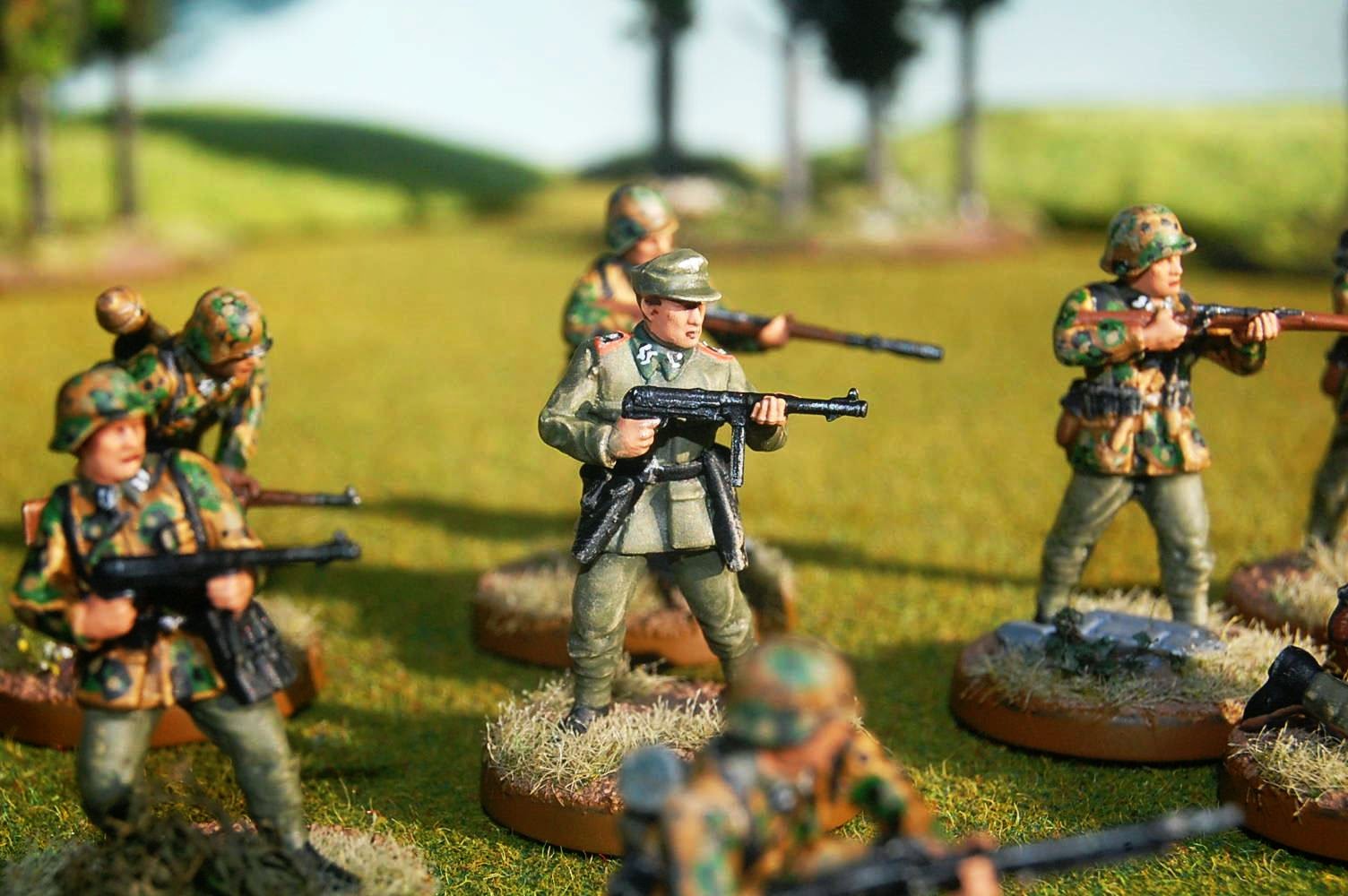 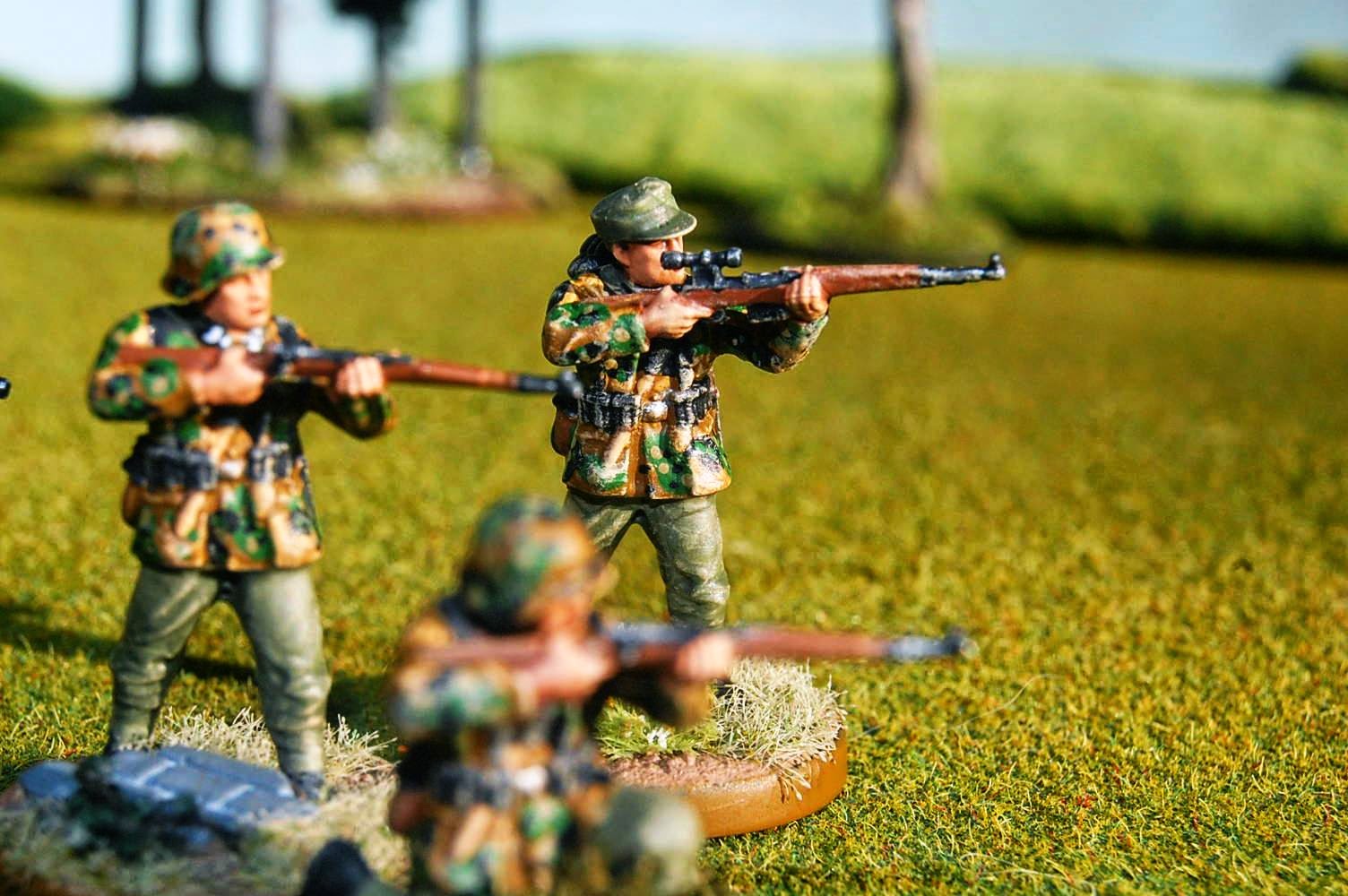 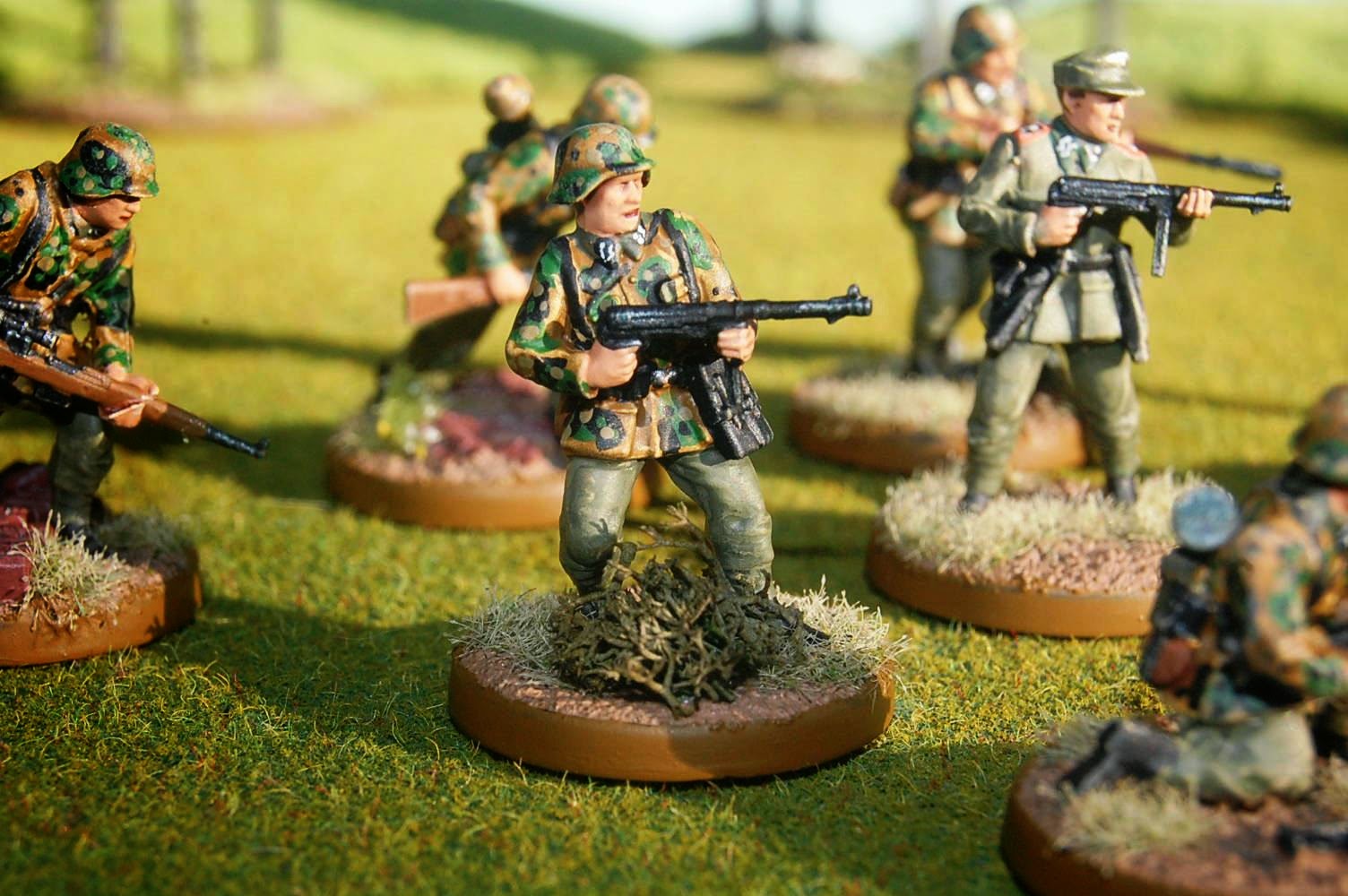 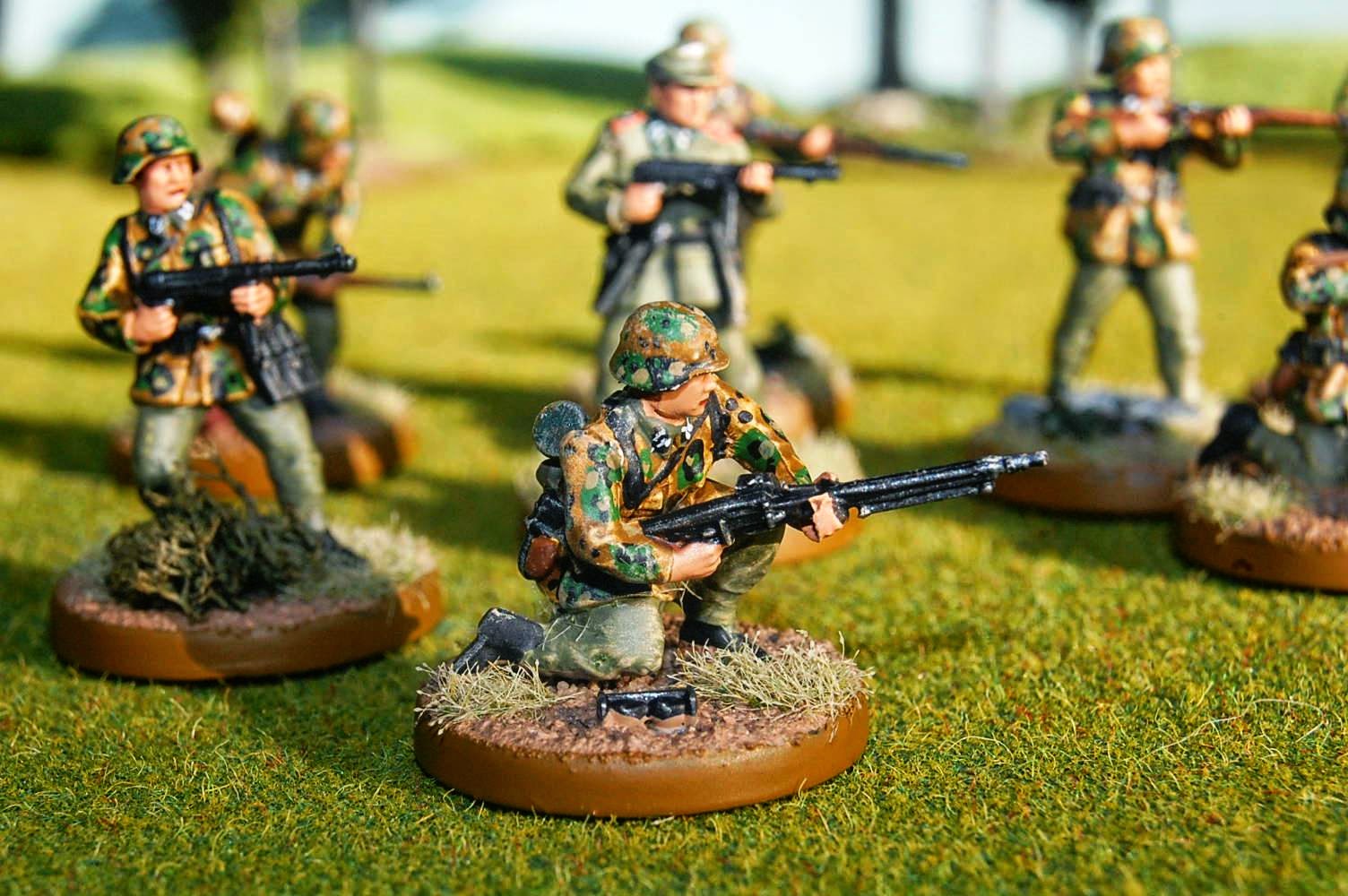 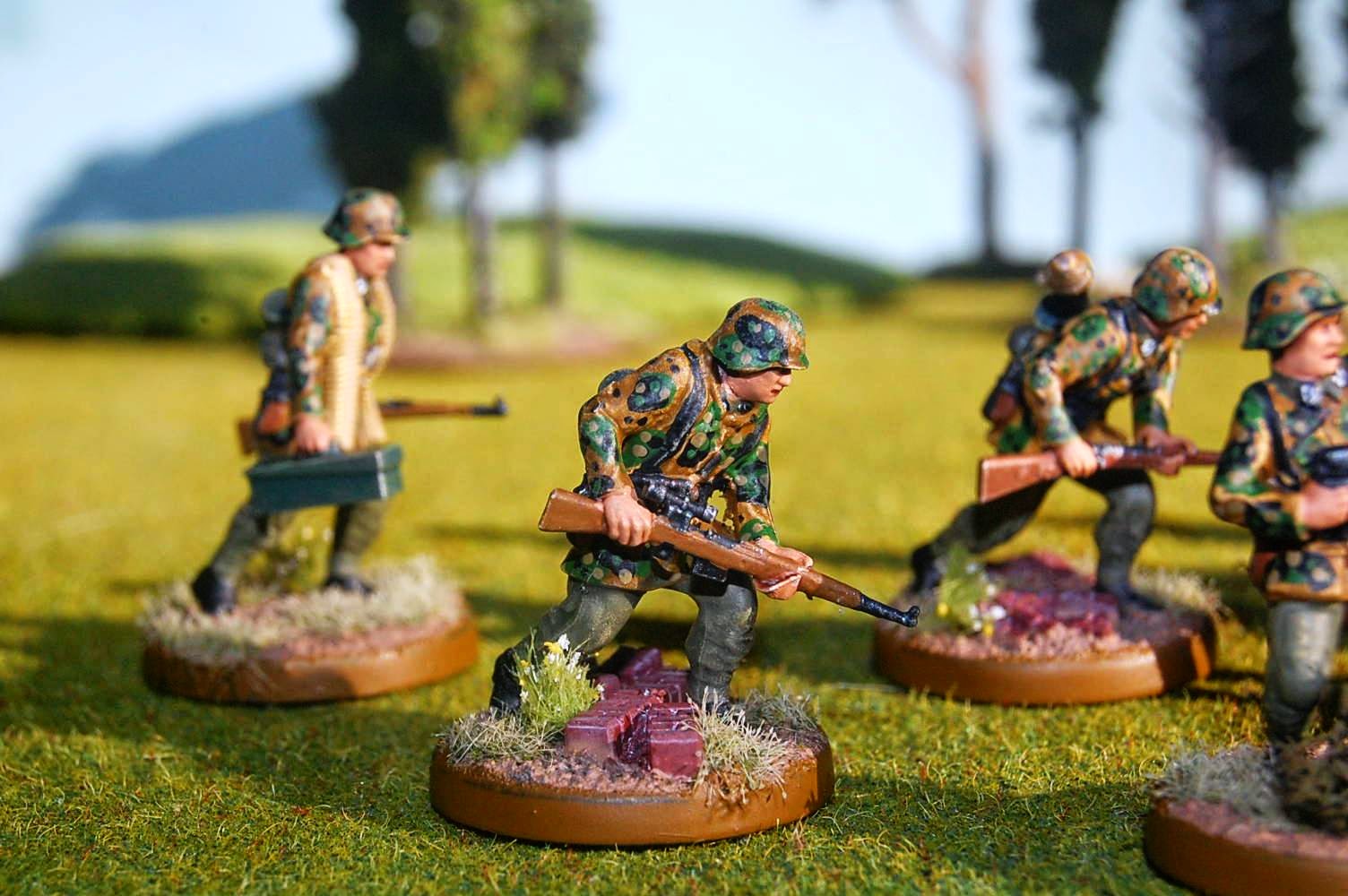