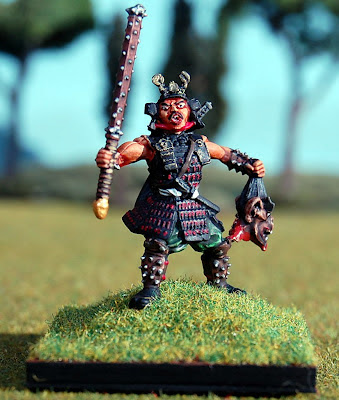 I was fortunate enough recently to get a large lot of Clan Wars figures. I had never seen these figures before, but once I did, I knew I had to possess them. I ended up selling most of them, but kept enough to make a nice sized HotT army in 28/30mm. I recently painted a couple of hero figures to use as Behemoths in my 15mm samurai DBA / HotT army and as a test for the army to follow. Above and below are pictures of a Crab Clan hero with the head of some unfortunate beastie. 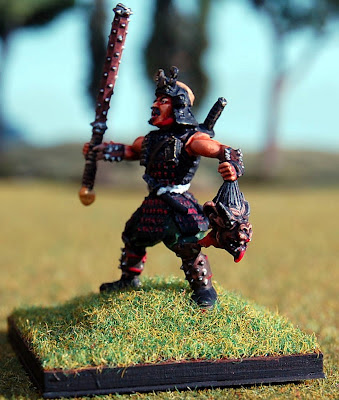 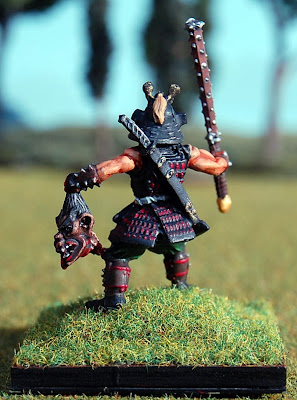 The sculpting and animation on these figures is wonderful, but they are intricately detailed which meant I had to get over my fear of painting them and just do it. I'm still working out how to paint these in an efficient manner, but it will be slow going I am afraid. 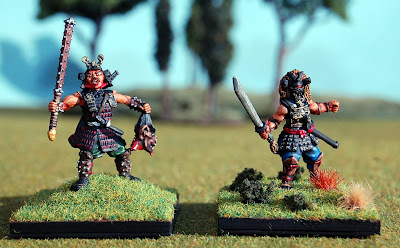 I like playing Behemoths in Hordes of the Things so I painted a couple of them. 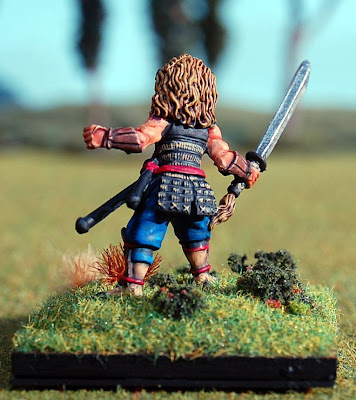 Here's the backside of the Lion Clan Hero. I tried to use color on him that is mostly reminiscent of a lion - except the pants of course. 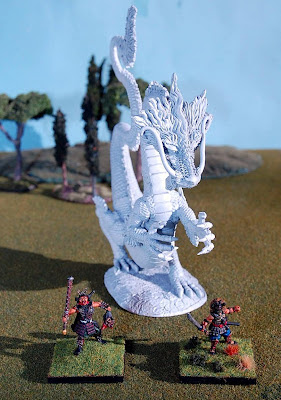 No Clan Wars army would be complete without a dragon so here is the Fire Dragon. This is an early production run of this monstrous beast and is all metal. The current production of them by Valiant enterprises is resin, but this guy is a massive hunk of pewter. 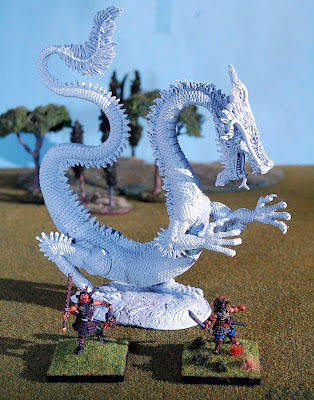 A side view for scale. He truly is massive! 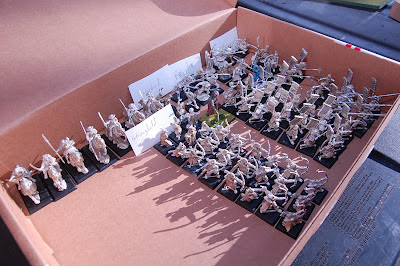 Here are the rest of the figures waiting to be painted. I added sashimono to most of the spear and swordsmen. There is also a nice collection of magicians, monks, heroes, beasts, retainers for the stronghold and even some cavalry. 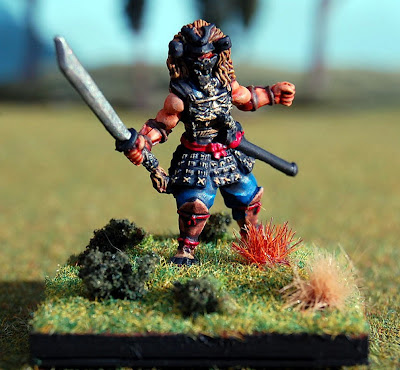 Love the lion mask on this guy!
Posted by David at 6:13 AM